Vinery freshman Headwater sired his first winner when Wisdom Of Water overcame difficulties in running to land the Gold Nugget (1100m) at the Gold Coast on Saturday.

It was the perfect start to Headwater’s stud career and the three-quarter length victory laid the platform for a dream result in the $2 million Magic Millions 2YO Classic RL.  The powerful chestnut has earned $76,000 to qualify for the rich juvenile feature race back at the Gold Coast next weekend.

“He’s done a really good job,” trainer Toby Edmonds declared.  “He had three weeks off after his first-up run at Eagle Farm in November and we were on a thin time-line to get him back quickly enough for today.

“He’s a colt and he knows he’s a colt but he’s got that much ability.  He was checked after a furlong which put him off the bit and racing greenly but he’s very strong and recovered to win well.  He’s still green and there’s a stack of improvement to come.

“Provided he pulls up okay, he will run in the Magic Millions and be hard to beat.”

Vinery graduate Exhilarates won the 2019 Magic Millions 2YO Classic and bookmakers have firmed Wisdom Of Water into $15 to make it a running double this year.

Jockey Robbie Fradd had excuses for his puzzling debut loss as an odds-on favourite at Eagle Farm.  “I put him on the bunny too quickly and he was a handful.  He can be a naughty boy but will only improve with racing.

“He’s better ridden behind and Toby told me to get on the back of Anders today but that one was all over the place and caused a lot of trouble.”

Headwater won a Silver Slipper Gr.2 at Rosehill and is bred to sire precocious youngsters like Wisdom Of Water.  A son of Champion sire Exceed And Excel from Oakleigh Plate Gr.1 winner River Dove, he has another 21 yearlings entered for the Inglis Classic Sale next month. 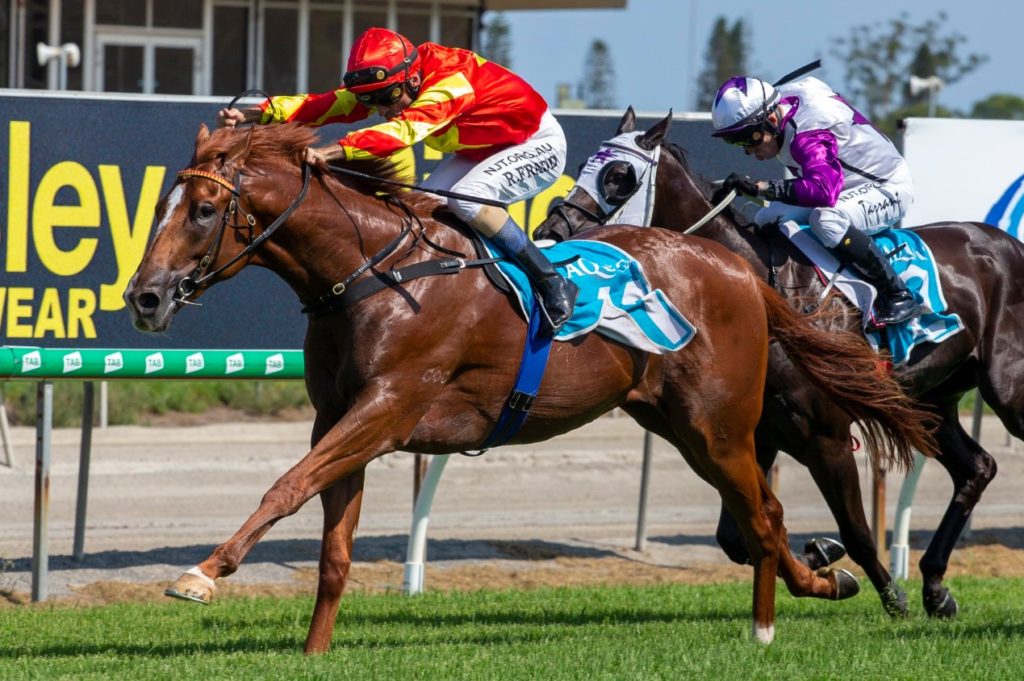