Hong Kong-based colt Lucky More has surfaced as next star on the horizon for Vinery legend More Than Ready (USA).

The Danny Shum-trained 3yo won his maiden by four lengths in November and, after a hiccup last month, returned to Sha Tin for an effortless victory in the Chinese Banyan Hcp (1200m) on New Year’s Day.

By the time Lucky More cantered past front-runner Quadruple Double, the race was as good as over with Zac Purton hardly moving on the promising import.  “I’m very confident in this horse and so is Zac,” Shum said.  “They pushed too hard over 1000m last start.  He didn’t like it and was too aggressive.

“We stepped him up to 1200m today so he could work into the race.  He took his time and we saw the result.”

Lucky More sold for $320,000 at the 2018 Magic Millions and Vinery returns with his full-brother on Day 1 of this year’s Gold Coast Sale.  Catalogued as Lot 50 from You Da One (Fastnet Rock), he’s also a three-quarter brother to More Than Ready’s Group 2 winning filly Always Allison.

Another Day 1 More Than Ready with pedigree updates at the Magic Millions is the colt from Costume (Encosta de Lago).  Catalogued as Lot 200 on account of Baramul Stud, he is a full-brother recent Gold Coast winner Gala Miss.

Trained by Kelly Schweida, Gala Miss won a Doomben nursery on debut last season and then powered home for an impressive fourth in the Calaway Gal Stakes LR.  She missed the kick and was never a factor in the Magic Millions 2YO Classic before going out for almost a year.

Gala Miss won first-up at the Gold Coast on December 14 and Schweida was hoping to gain a start in the Magic Millions 3YO Guineas RL next Saturday.  She has also been nominated for the QTIS 3YO Hcp (1350m) at Doomben this Thursday.

More Than Ready’s Day 2 draft includes the half-brother to TBV Stakes Gr.3 winner Ready Set Sail (Lot 424) from Widden Stud.  An hour later, it’s the turn of Makybe and its half-brother to promising 2yo filly La Girl (Lot 453) who was fourth home in the Ottawa Stakes LR at Flemington on Cup Day.

The More Than Ready sireline is also represented for first time at the Magic Millions through his Todman Stakes Gr.2 winner Kiss And Make Up.  First to parade is the Aquis Farm colt out of Melbourne stakes sprinter Miss Elvee (Lot 537)

Kiss And Make Up is a brother to Costume, dam of Baramul’s More Than Ready colt parading as Lot 200.  Their dam Fashions Afield was Champion Australian 2YO Filly in 2005.

Vinery’s Magic Millions yearlings are housed in Stables H and I on the Gold Coast. 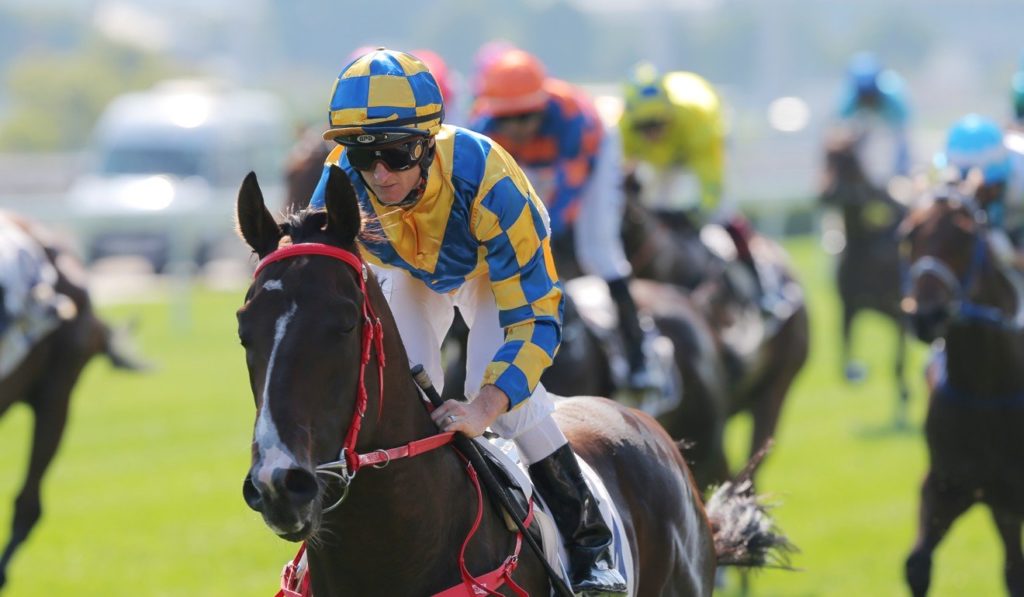