Rathmore Lodge sold all 15 of its yearlings at this week’s Adelaide Magic Millions and topping the bill was Vinery sire Headwater with a filly purchased by agent Suman Hedge for $220,000.

“This is our first Headwater and we’re really happy to get her,” Hedge said.  “There’s a nice horse in every generation and that depth gives you confidence.”

Catalogued as Lot 245, the filly is the third foal from Miss Cooper (Medaglia D’Oro) following Karacasu (Headwater) and Piiink Beauty (Zebedee).  Karacasu is a dual winner and dual Group-placed at Morphettville and Piiink Beauty was Stakes-placed twice at the recent Tasmanian summer carnival.

“We had done all the inspections and she was right at the top for us in terms of her athleticism,” Hedge told ANZ Bloodstock’s Tim Rowe.  “Every time we brought her out she walked the same and didn’t fatigue at all.  She has a great temperament and looks a pretty forward filly.”

Rathmore Lodge’s Ross Hatton returned to the Adelaide Hills on Wednesday night empty-handed after the complete consignment averaged $58,500.  “It was quite an emotional sale and we’re overwhelmed by the Headwater filly,” he said.  “We bred and raised her on the farm for some partners and she was our the busiest during inspections.

“Richard (Jolly) was the underbidder and he trains Karacasu.  She’s the mirror-image of him as a yearling.  He’s added to the page and so has the filly in Tassie.”

Irish-born Hatton worked at Cornerstone Stud before launching Rathmore Bloodstock in 2018.  The Headwater filly was bred by Cornerstone, Robert Cruse and Des Saint and was the top-priced filly in Adelaide until passed by a Dundeel ($375k) and Capitalist ($325k).

Her dam Miss Cooper had won at Sandown Hillside and Moonee Valley when trained by Mat Ellerton for Contract Racing’s David Moodie.  She was sold to Cornerstone for $72,500 at the Inglis Melbourne August Sale in 2016.  Her second-dam Miss Kournikova (Mr. Greeley) had won to Group 1 level in the 2001 Oakleigh Plate (1100m) at Caulfield.

Headwater (Exceed And Excel) has sired 10 individual winners in the last month to take over at the top of the Australian third-season winners table (52) from Spill The Beans (51) and Vancouver (49).

South-coast trainers Rob & Luke Price are hoping his star filly Jamaea gets a start from second emergency in The Galaxy (Gr.1, 1100m) at Rosehill this Saturday.  They would also prefer a better surface than the Heavy 10 that blunted her trademark finish in the Surround Stakes (Gr.1, 1400m) at Randwick last month. 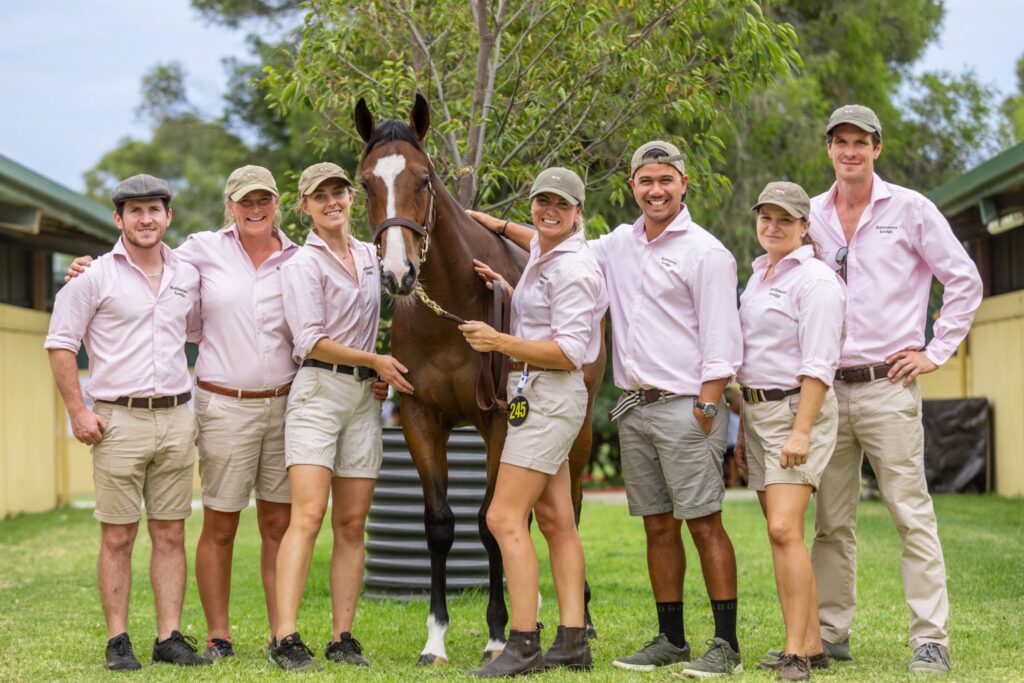