Group 1 trainer Danny Shum has his hands on another Vinery-sired galloper with potential in Hong Kong.

His promising Press Statement stayer Packing Famous came from a long way back under Joao Moreira to win the Renfrew Hcp (1800m) at Happy Valley on Wednesday evening.  The 4yo gelding accelerated powerfully along the rails and kept on well to defeat King Dragon (Savabeel) and Perfect Maryknoll (Stratum).

“Packing Famous is consistent and has scope for improvement,” Shum said.  “He’s only lightly raced and that was his first time over 1800m.”

Initially registered as Marcher Sur L’Eau in Australia where he was a Newcastle trial winner, Packing Famous was bred by Brian Backshall (John Stuart Investments) from Gipsy Countess (Sadler’s Wells).

The Irish-bred mare had won a Tipperary maiden over 2400m for trainer Jim Bolger and she is a half-sister to North American Group 1 winner Toccet (Hollywood Futurity & Belmont Champagne Stakes).

Shum also has talented sprinter Lucky More (More Than Ready) back in work after a break.  He was last seen going down a nose to dead-heaters Trillion Win and Fantastic Way at Sha Tin in November.

Press Statement 4yo Law Party landed the first-leg of a double for the Vinery sire at Eagle Farm on Wednesday.  Winning rider Kyle Wilson-Taylor reported the gelding was doing his best work at the finish of the Spot Productions Hcp (1600m).

Law Party was having his first start for local trainer Desleigh Forster and owner Dato Yap who bought him for $130,000 at the 2019 Inglis Classic Yearling Sale.  He’s the first foal of Transcendence (Exceed And Excel), a descendant of Shadwell Estates mare Mathaayl (Shadeed) who has nine Group winners under her name including leading French sire Gutaifan (Dark Angel). 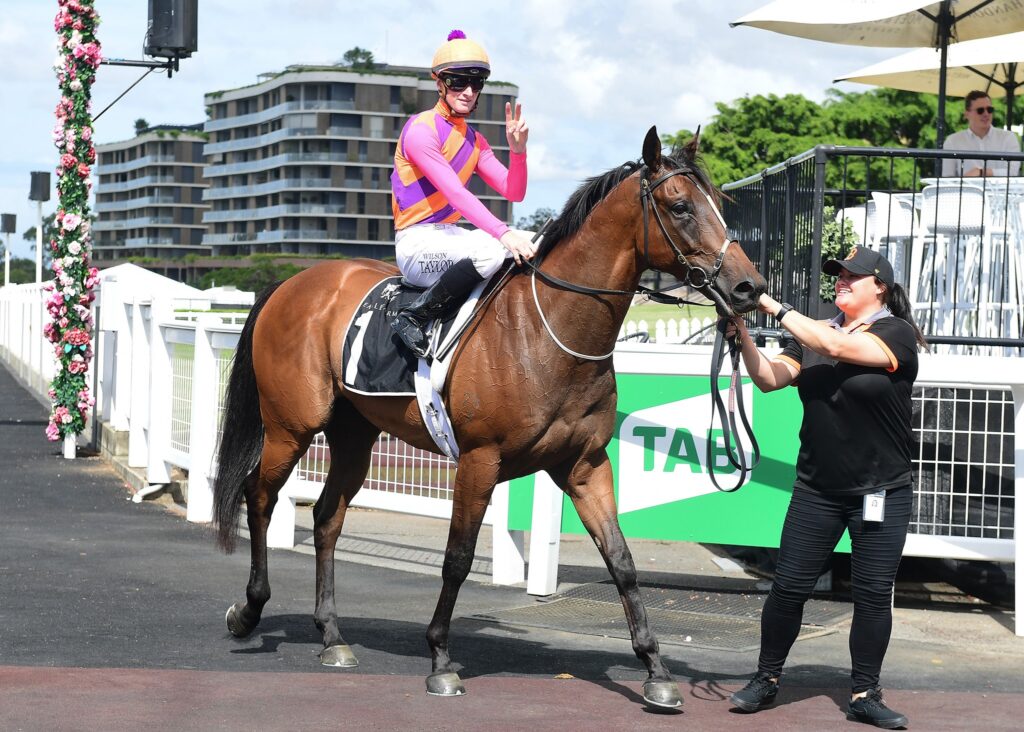