Headwater continued his climb up the Australian third-season tables when Devine Miss won the PFD Food Services Hcp (1000m) in Canberra on Sunday.

The Vinery stallion currently tops the third-season winners ladder with Spill The Beans.  They have both sired 51 individual winners in Australia this season and Headwater is third on the prizemoney premiership ($3.2million) behind Real Impact ($3.8m) and Vancouver ($3.6m).

Devine Miss is a homebred for trainer Norm Gardner and his wife Diane who own Summerhill Thoroughbreds at Bywong.  Norm is also on the committee of the Canberra Racing Club and was thrilled to win a race on Black Opal Stakes Day.

“She’s a lovely, lovely filly,” he said after Devine Miss came from last to blouse out Fleur De Rose (Bull Point) and Emily Rose (Flying Annie).  “Her work had been good and she will appreciate going further than 1000m so she can relax.”

Headwater sired her from Madam Tilly (I Am Invincible) who won a Canberra maiden on debut for the Gardners in 2015.  She foaled a Star Turn colt in September.

Progressive mare Confessed was the third city winner and sixth overall in a week for Press Statement on Saturday.  Her connections had Ben Thompson to thank for a canny rails ride that made all the difference at Eagle Farm.

Confessed got a start from third emergency albeit from the outside barrier in the Silk Laser Clinics Hcp (1400m).  Hooked back to last, she gradually made ground approaching the home turn where Thompson was faced with a make or break decision.

“I didn’t want to expose her too early,” Thompson revealed.  “And she was going good enough on the inside so I stayed there.”

Confessed had avoided severe interference at the 600m and then blindsided Enterprise Prince (Rothesay) who looked home when he swooped out wide.  The Kris Lees-trainee was the third city winner and sixth overall in a week for Press Statement.

“We were quietly confidant,” stable spokesman Mel Eggleston said.  “I told Kris she had done really well after finishing second on the Sunshine Coast Polytrack last week and luck goes a long way in racing.  Ben won it for us on the corner.

“She has thrived and put on the kilos since coming up to Queensland.  It must be the climate.”

Confessed is a homebred for Vinery partner Steve McCann from Absolvent (Encosta De Lago) who is a half-sister to Krupt (STC Todman Stakes Gr.2) and Anevay (VRC Talindert Stakes LR).  Their dam has two more Vinery-sired youngsters in the pipeline – a More Than Ready 2yo colt and a Headwater yearling colt. 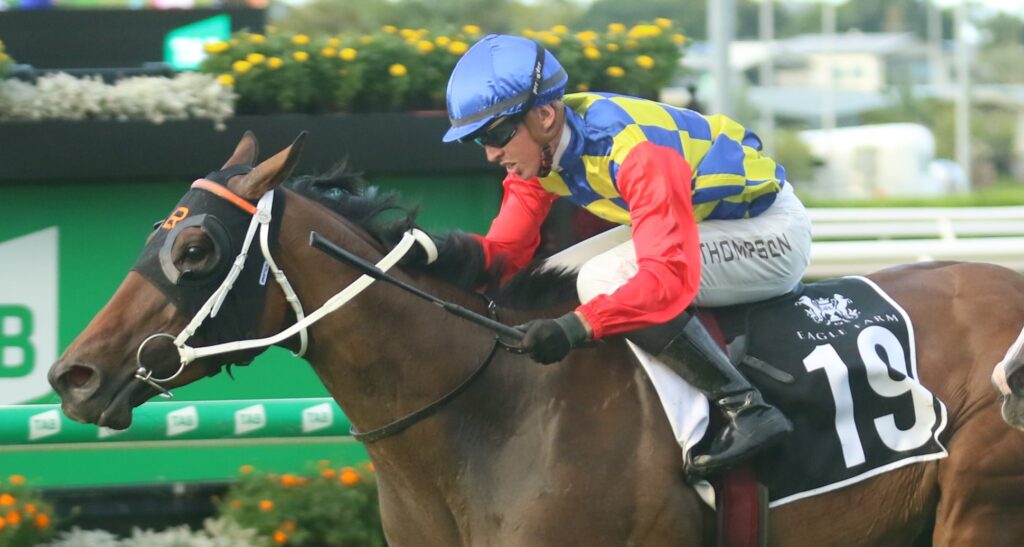