All Too Hard has sired a posse of maiden winners this season but none as promising as Villermont.

The Caulfield-based colt waved goodbye to any further competition in the country with a five-length victory in the Marshalls Dent Lawyers Maiden (1606m) at Benalla on Friday.

Villermont is the 12th individual 3yo winner for Vinery Stud’s emerging star in September.  All Too Hard leads the Australian second-season prizemoney premiership and is a furlong ahead of Your Song (6) for individual winners this month.

He’s even matching it with champion sires Snitzel and Fastnet Rock at the top of the Australian 3yo winners’ table. 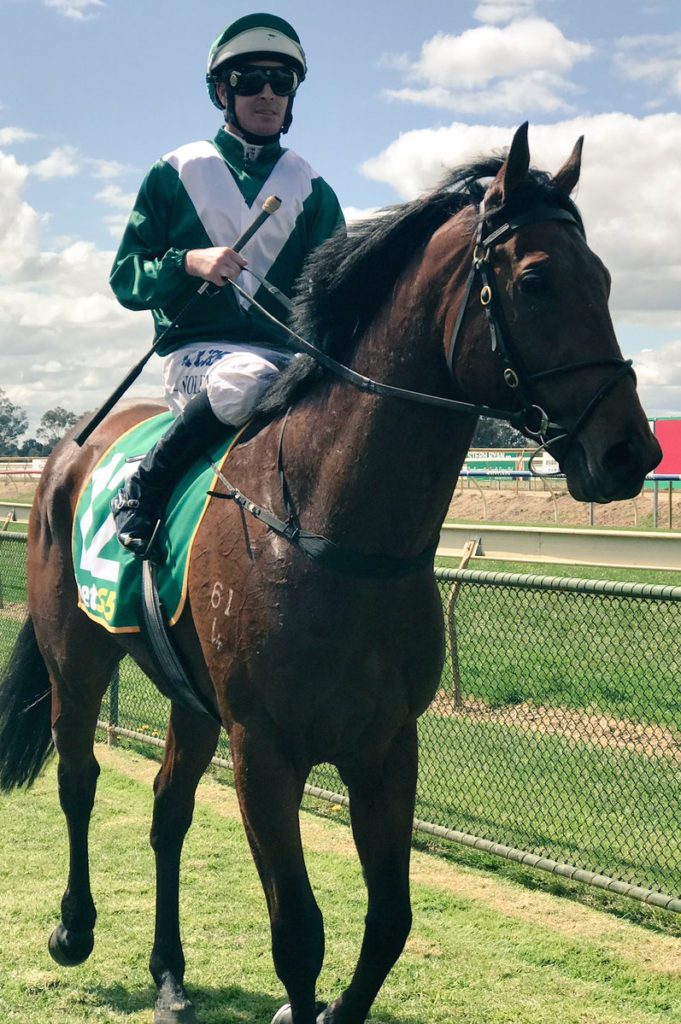 An imposing individual, Villermont (pictured) put the writing on the wall with a fast-finishing third on debut at Sandown earlier this month.  “He’s a terrific young horse and he’s the reason why I’m up here today,” jockey Luke Nolen said.  “This was the option after he missed getting a start in the Derby Trial at Flemington on Wednesday.

“He has a lovely nature and a lovely pedigree and he’s got a bright, bright future.”

Bollinger was shipped to North America and, while based in Kentucky, her progeny included Louisiana Derby-Gr.2 winner Friesan Fire (A P Indy).  He’s also making an early impact at stud in Maryland.

Repatriated to Australia in 2010, Bollinger foaled More Than Ready winners Bollinger Rose and Madame Lily before Villermont.  She died in October 2016.

All Too Hard stands for a $44,000 (inc gst) service fee and the Vinery team is taking a long-term view with Villermont even though he holds Group 1 entries for the Caulfield Guineas and Victoria Derby.  He will be a much better prospect for the autumn carnivals, whatever he does this prep.