Highview Stud stallion Align was euthanised on Thursday following a battle with severe arthritis and laminitis.  He was 19.

Trained by John Hawkes, Align was Australian Champion 2YO in 1999 following a Group 1 victory in the AJC Sires’ Produce Stakes.  He also finished second to Catbird in the G1 Golden Slipper.

“He was buried with pride and honour on the farm alongside his old mate Kashani,” Highview’s managing director Brent Gillovic said.  “He was an absolute gem of a horse to have on the farm, a gentleman to do anything with and it is with a very heavy heart that we bid him farewell.

“He was always a showy fellow, he was famous for his vertical rears at stallion parades and it seemed that every season from limited opportunities he would always produce at least one or two above average performers.”

Align (Night Shift) took up residence in New Zealand in 2001 and sired 10 stakes winners, including champion two-year-olds Fully Fledged and Nightlign.  From just over 300 runners, he produced 185 individual winners.

“I’m sure he will leave a lasting legacy,” Gillovic said.  “His last stakes winner in Australia was Pajaro in the 2016 Scone Cup.”

Align’s progeny also found favour in Asia, particularly in Singapore where he has been among the leading sires over the last decade.  His son Huka Falls is ready to win for the 17th time at Kranji on Friday night, and Group 3 winner Best Tothelign, will attempt to win his 9th race on Sunday. 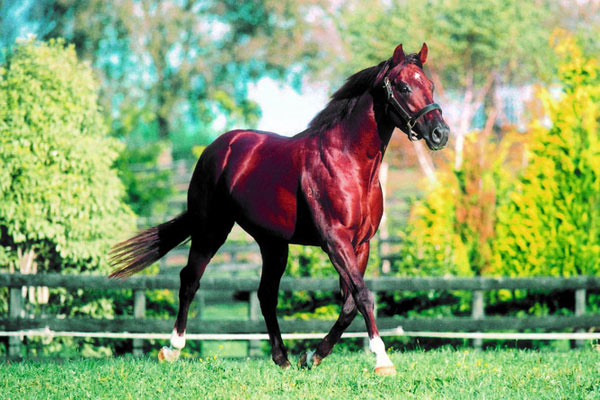