Apart from being endowed with enough speed to go through the classes, she’s the last foal of Homegrown, a Snippets mare bred by his parents Max and Vicki Lees.

Max tutored Kris before his death in 2003 and Vicki kept a share in Designer Maid who won the XXXX Gold Hcp (900m) at her home track on Wednesday. She jumped straight to the front first-up and never wavered for jockey Andrew Gibbons.

Stable manager Lucas Miller was at Newcastle with Lees in Perth for the Ascot summer carnival. “She has plenty of speed and impressed Gibbo, too. She’s pulled up well and will eventually be a city-class filly.”

Designer Maid was an eye-catching 2yo winner on debut at Taree in July. “It was an all-age maiden and she crossed from an outside gate to put five lengths on them,” Miller recalled. “Then we sent her to Warwick Farm but she had enough by then and was well beaten.”

Wednesday’s win was her second in three starts for the Lees family and Australian Bloodstock’s Luke Murrell. They also offered a 5% share in her at a charity auction last week giving a quick return to several lucky punters from Wyong.

Homegrown won five races for Max and Vicki and her best foal has been Rad (Foreplay). He was retained to race and won his first two starts at Port Macquarie and Hawkesbury before transferring to Hong Kong. Kicking off with a hat-trick at Sha Tin, he ended up earning $HK3.85 million for clients of David Hall.

Luke Murrell managed the syndicate that raced Master Of Design to a Group 1 career-highlight in the 2012 T J Smith Stakes (1200m) at Randwick. The son of Redoute’s Choice stands for a $4,400 (inc GST) fee at Greta West Stud.

Hoofnote: Lees reports Le Romain is ‘looking fab’ at Ellalong Farm in the Lower Hunter Valley. His stable star was reared at Greta West and is spelling after a spring carnival that included a win in the G3 Show County at Randwick and seconds in the G1 George Main (to Winx) and G1 Cantala Stakes (to Godolphin import Best Of Days). 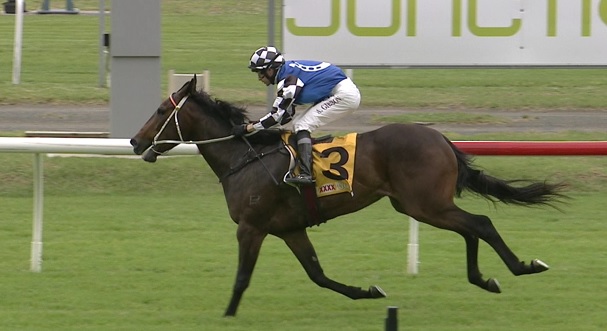