The More Than Ready road-show moves to Perth this Saturday with three live chances led by Prized Icon in the Railway Stakes Gr.1.

The NSW raider arrived in the west on Monday and worked around the course proper on Wednesday morning. With Ben Melham booked for the million-dollar mile, he has drawn barrier 9 from the tricky 1600m chute at Ascot.

“I expect him to be just forward of midfield and try to get a bit of cover,” trainer Kris Lees said. “He’s in good order and we’ve kept him fresh for the drop back to the mile.”

Lees set his sights on Perth after Prized Icon’s spring campaign in Melbourne, which included a close second in the Crystal Mile Gr.2 at Moonee Valley and a last-start fourth in the Mackinnon Stakes Gr.1 at Flemington.

“He hasn’t won for a while but it’s all been at the top level,” Lee added. “Coming here has been in the back of my mind for the last six weeks or so. I wasn’t sure whether to run him in the Mackinnon or not, but he ran well. His form backs up pretty well for a race like the Railway.”

The Railway is the first-leg of the TABTouch Masters and the More Than Ready stallion will progress to the third leg in the Kingston Town Classic Gr.1 on December 8.

The Winterbottom Stakes Gr.1 is the second-leg on December 1 and fellow Vinery sire Testa Rossa has Enticing Star leading the local contingent in the rich sprint. Owner-breeder Bob Peters was pleased with her winning trial at Lark Hill earlier this week.

True Attraction has been looking for 1600m since a debut win at Belmont in August. His dam Significant (Flying Spur) is a half-sister to Perth Cup Gr.2 winner Crown Prosecutor and, year after year, Peters booked her into More Than Ready.

Belmont Bloodstock agent Damon Gabbedy bought Sally’s Realm for $320,000 from Vinery at the 2016 Gold Coast Magic Millions. She is a full-sister to More Than Ready stakes winner Better Than Ready who has just taken off with his first crop in Queensland.

Trainer Grant Williams predicted Sally’s Realm would make the grade after an Ascot maiden win this time last year and she has been kept fresh with placings at Belmont and Ascot spaced over the last seven weeks.

The Perth carnival can climax a November to remember for More Than Ready that started with Roy H and his dominant defence of the Breeders’ Cup Sprint Gr.1 at Churchill Downs.

Eagle Way carried the baton in Hong Kong where he won a controversial edition Jockey Club Cup Gr.2 at Sha Tin last Sunday. Taking advantage of record-breaking sectionals, he powered home in a performance that made him a new favourite for the Hong Kong International Vase Gr.1 on December 9.

In New Zealand on Wednesday, More Than Ready’s colt (pictured below) out of Raziyya of Sydney (Redoute’s Choice) sold for $240,000 at the NZB 2YO Sale at Karaka. He was offered by Riversley Park owner Sam Beatson and will be trained by Murray Baker & Andrew Forsman for Inner Mongolia Rider Horse Industry principal Mr Lang Lin.

The Vinery legend warmed up for the Perth carnival with a midweek double at Ascot on Wednesday. One-time Lindsay Park sprinter Dam Ready won his second race for Geelong AFL champion Mark Bairstow since moving west last year. And Dan Morton, who has won stakes races with More Than Ready colt Lusaha, gave Colourful Chloe a much easier assignment following her last-start loss in the Burgess Queen Stakes LR.

More Than Ready’s son Pluck (USA) has the Toby Edmonds-trained mare Plucky Girl shooting for a first-up win in the Legacy Classic LR at Doomben on Saturday.

Edmonds admits Plucky Girl continues to surprise him as she steps up to new challenges with her record standing at 8 wins and 11 minor placings from 21 starts. She won the Tamworth Cup in April with her only run since a third in the Gai Waterhouse Classic LR at Ipswich in June.

“Her only relatively poor run was on a very heavy track at Doomben last year,” he told AAP. “The Ipswich run showed she is up to Saturday’s race. Obviously, we want a black-type win and hopefully she can get one this campaign.”

Plucky Girl is a homebred for Darwin owner John Robinson. He raced her dam Logan’s Choice (Redoute’s Choice) to wins at Canterbury and Randwick and booked her into Pluck when he arrived at Vinery. 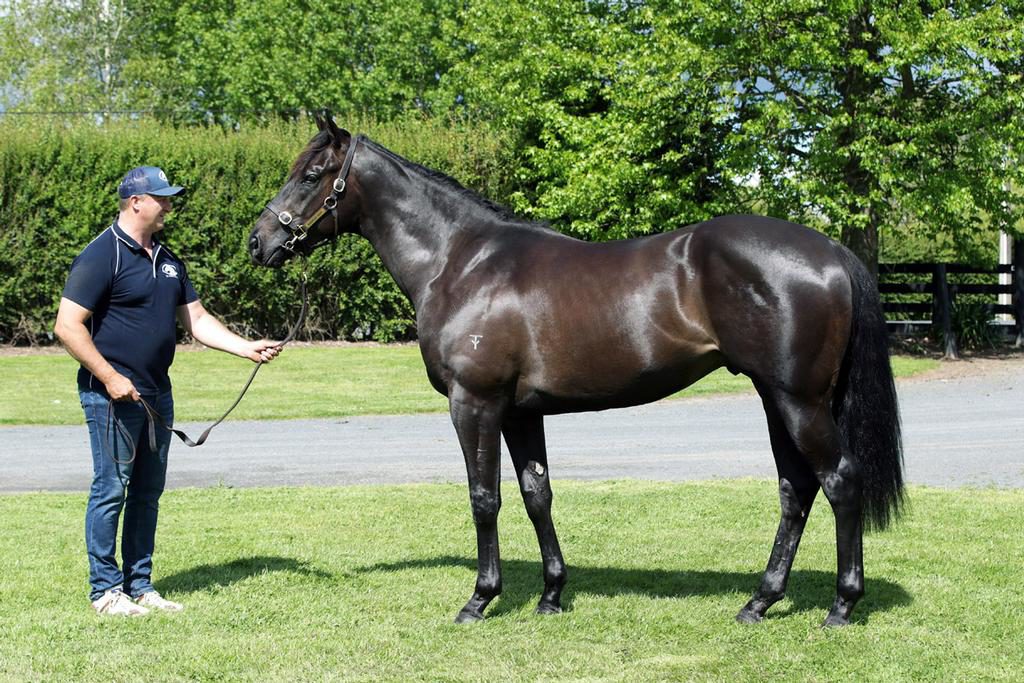