Hong Kong agents have been circling Legend Of The Fall and the reason for that interest was all too evident when the Star Turn 3yo demoralised his rivals first-up on Sunday.

Sent out a $1.20 favourite in the Albert Coffee Maiden (1200m) at Bairnsdale, he gave Ben Allen the simplest of rides with a front-running, five-length victory over Juice Box (Kuroshio) and Montenegro (I Am Invincible).

Legend Of The Fall showed ability from the outset for owner-breeder Michael Christian and his brother Brad and they were pleased to see their patience repaid in spades on the weekend.

“We’ve had offers from Hong Kong since he won a jump-out early on and I guess they’ll be back after that win,” Christian said.  “He had some issues that have since been resolved and hopefully he can go right on with it now.”

Legend Of The Fall is trained by Ciaron Maher and David Eustace and was educated by Adrian Corboy.  “He stayed with Adrian at Wangaratta for a while after being broken in,” Christian recalled.  “In return, we gave a half-share to his wife Kylie.”

Christian owns Longwood Thoroughbred Farm in the heart of Victoria’s breeding country between Seymour and Euroa.  He bred Legend Of The Fall from Mercy May (Testa Rossa) who was also ridden by Ben Allen when winning her maiden at Geelong.  Her dam is a three-quarter sister to Group 1 Queensland Oaks winner Miss Danehill.

Mercy May’s first cover was to Star Turn at Vinery and her second foal is a three-quarter sister to Legend Of The Fall.  She’s a Star Witness filly and was purchased from the Longwood draft at the 2021 Inglis Melbourne Premier Sale by John Sadler for $140,000.

“Star Turn is going extra well with his first couple of crops and we’re delighted how it’s turned out with Legend Of The Fall,” Christian added.  “We sold a Star Turn yearling filly from our Bel Esprit mare Heigl for $200,000 at this year’s Melbourne Premier.”

Star Turn’s Perth filly Alsephina remained unbeaten with her second win in as many starts at Ascot on Wednesday.  Like Legend Of The Fall, she started an odds-on favourite in the Schweppes Hcp (1100m) and made the most of a rails run to score by three-quarters of a length.

Alsephina (3f Star Turn – Delta Gee by Street Cry) is a homebred for Michael & Carolyn Grant and they race her in a partnership that includes trainer Grant Williams and his wife Alana, Neil Pinner, Tony Buhagiar, Chris Chalwell and Tim McLernon.  “She’s a Saturday class filly although today’s win probably wasn’t as easy as the first,” Williams said.  “She’s a real sprinting type and we’re in for a good campaign at Belmont.” 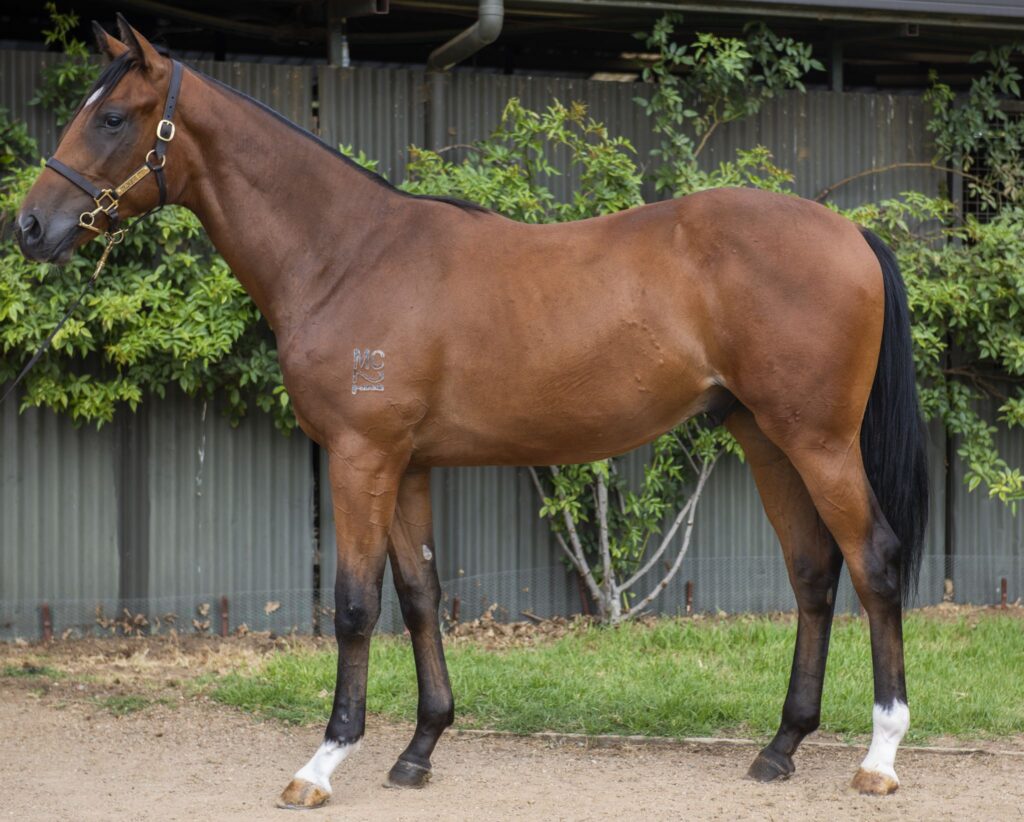 LEGEND OF THE FALL:  Pictured before starting his education with Adrian Corboy