Cross Statement was runner-up at his first two runs back from a spell in April before breaking through in the Crown Perth Hcp (1200m) at Ascot on Saturday.  He sat outside the speed set by He’s Gold and then held out the closing finish of Sneaky Chance.  The form out of the race should hold up.  He’s Gold (Rogano) won last year’s Perth Stakes LR and Sneaky Chance (I’m All The Talk) was going for her fourth win in a row in town.

“I was at a Magic Millions 2YO Sale on the Gold Coast and Luke told he would make a nice horse,” Taylor recalled.  “That was spot on.  He’s very consistent and has already won over $100,000.”

Cross Statement won at Northam and Belmont last year and the second city score was all the more sweet for Taylor who prepares him for a partnership that includes his wife Tina and mother Lois.  “The plan was to get some cover but Lucky (Ramoly) took the initiative and went forward.  He rode positively and I knew they would be hard to beat once he got there easily.”

Vinery stallion Press Statement sired him from Spurcross (Flying Spur) who is a direct descendant of Perth and Sydney Group 3 winner Paklani (Haulpak).

Hong Kong-based Free Foal added his name to the latest list in the Monaveen Hcp (1400m) at Sha Tin on Sunday.  He tracked the leaders and kept in touch before pressing home the advantage under Blake Shinn.

Press Statement has a growing profile in Hong Kong with four winners from his first six starters and his unbeaten NZ import Scribe can improve that strike-rate for David Hayes.  Renamed Naboo Legend, he isn’t far away from a debut for owner Cheung Yeuk Lee after a smart spin under Zac Purton at Sha Tin on Tuesday. 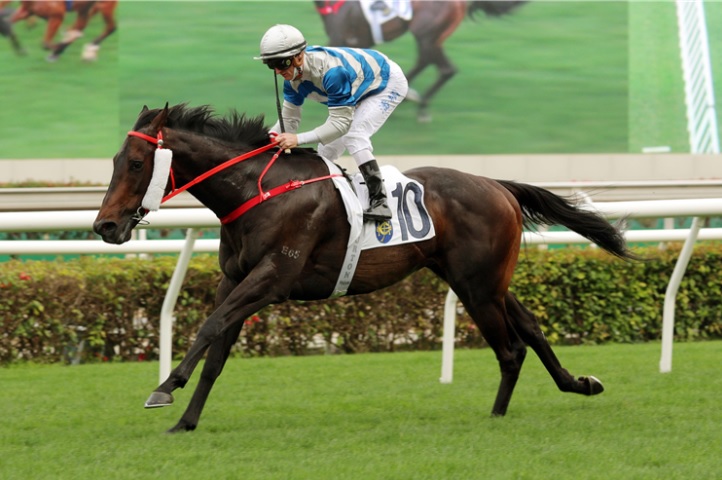