Mungrup Stud freshman I’m All The Talk has lived up to his name in prelims for the $70,000 Magic Millions Initial Plate (1000m) at Ascot this Saturday.

He has three acceptors for Perth’s opening juvenile race of the season headed by Convention, a six-length trial winner, and Almatalk who will be on a quick back-up following a comfortable trial victory earlier this week.

Almatalk created quite an impression racing down the centre of the track at Lark Hill on Monday. Held together by Chris Parnham, she streaked away from Strathmore Rose (War Chant) who also holds an entry for the Initial Plate.

Trainer Neville Parnham prepares Almatalk for a syndicate that includes Bob Pearson, Santo Guagliardo and Michael Fagan. She cost $40,000 at this year’s Perth Magic Millions and they are also partners in her older half-sister Orachino (Oratorio) who won a Toodyay maiden by 8 lengths last week.

“Their dam Almachino has an I’m All The Talk yearling filly that’s been entered for the 2020 Magic Millions,” Mungrup Stud’s Ann Croucher said. “There’s no foal on her – we only had time for one cover last year – and she’s gone to A Lot this season.”

I’m All The Talk also has Datalka in the Initial Plate. Like Convention, he is prepared by Paul Jordan and was doing his best work late when placed behind Starfield Impact at Belmont on October 1.

Datalka is bred to keep improving as a close relation of G3 Ming Dynasty Stakes winner What A Hit.

In Sydney, She Can Talk continues to impress Gary Portelli who trained her sire to win a G3 Skyline Stakes at Rosehill. “She’s coming along really well and we are just as excited about how I’m All The Talk is shaping up in WA,” Portelli’s wife Kellie said this week.

“When we visited Mungrup Stud last December, I’m sure he remembered Gary. He walked straight up and put his head in Gary’s hands. It was amazing.”

Broodmare owners should contact Mungrup Stud before the I’m All The Talk convention hits town this weekend. He stands at a $5,500 (inc GST) service fee. 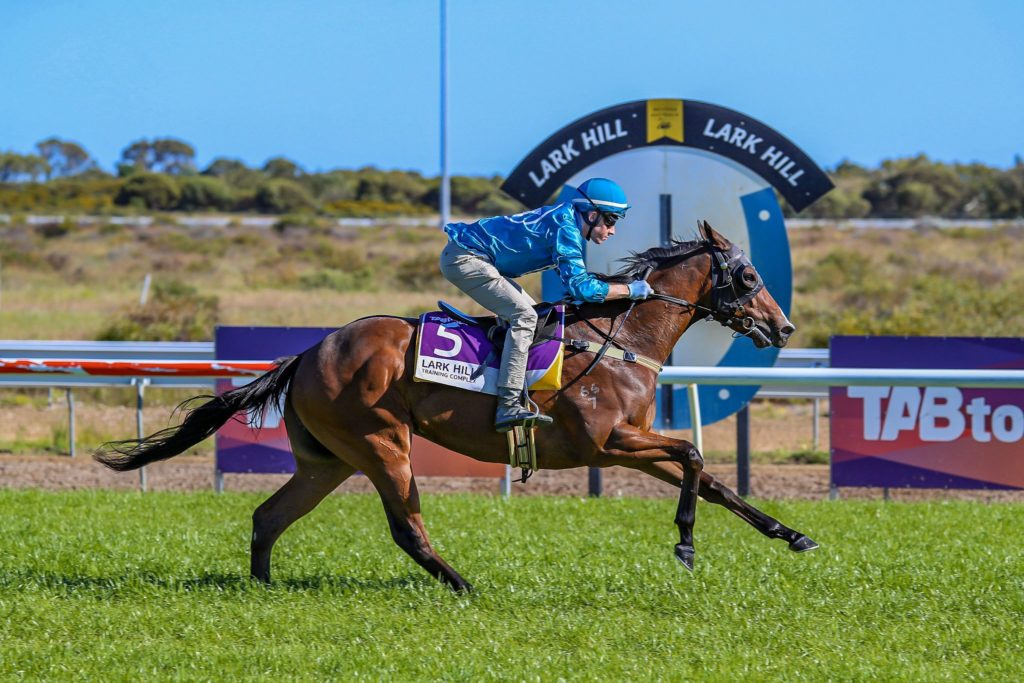