Brisbane mare Baccarat Baby is off to Melbourne following a first-up win in the Gallopers Sports Club Hcp (1200m) at Eagle Farm.

Trainer David Vandyke said she will join stablemate Alligator Blood (All Too Hard) who is among the leading fancies for this Saturday’s $2 million Caulfield Guineas (Gr.1, 1600m)

Baccarat Baby (Casino Prince) has a Group 1 goal of her own in the $1 million Empire Rose Stakes (1600m) on the opening day of the Melbourne Cup carnival.  “She’s certainly earned the trip south with that win,” Vandyke declared.  “She should relish the mile at Flemington.”

Since winning a Sunshine Coast maiden in July 2018, Baccarat Baby has maintained a 50% strike-rate for owner-breeders Peter Harris and Matthew Irwin.  She carries a double cross of North American blue-hen Fanfreluche through Vinery sire Casino Prince (Flying Spur) and her dam Meerlust (Johannesburg).

“She was about 90% going into today but I expected her to win like that,” Vandyke added.  “I knew we had a serious Group horse on our hands when she ran in the Flight Stakes at Randwick this time last year.  She was unlucky and was only beaten three-quarters of a length.”

Meanwhile, Vandyke is optimistic Alligator Blood can maintain his unbeaten record in the Caulfield Guineas.  “He’s improved since winning the Guineas Prelude.  He’s eating well and his coat has come on.  At this stage, we will spell him after this Saturday and aim for the Magic Millions Guineas in January.” 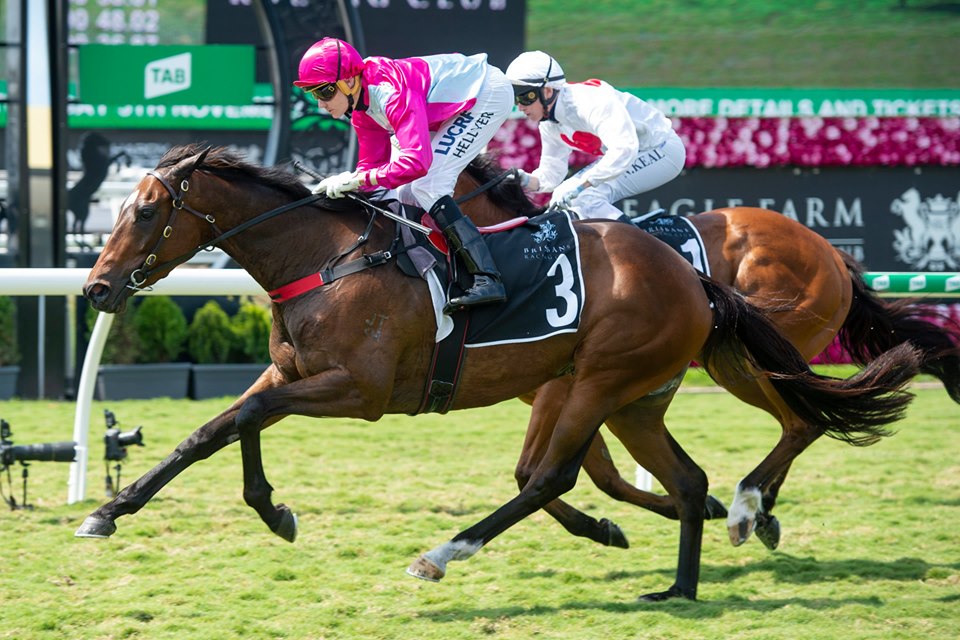