All American completed a successful week for Geisel Park with a winning double in Hong Kong on Saturday.

His Aussie expats Invisible and Green Card both saluted at Sha Tin following a run of mixed emotions for his Group 1 winning filly Yankee Rose.

Shortly after being named Queensland Horse of the Year, trainer David Vandyke announced Yankee Rose had pulled up lame prior to an intended start in the G1 Makybe Diva Stakes at Flemington on Saturday. She will be sold as a broodmare prospect by the syndicate that raced her to 4 wins in 10 starts for earnings over $2 million.

All American transferred to Victoria after a season at Geisel Park and his first Sunspeed foals have impressed astute breeders like Dick Vincent. “The All Americans are some of the best foals I have seen,” the De Grey Park owner claimed when he visited the Myalup nursery last week.

Geisel Park manager Conor Dunlop also reports Vert De Grece (Ire) is off to a flying start with his first four mares all returning positive tests. He is a Group 1 winning son of Verglas and is being given every chance to revive the sireline in Western Australia.

Verglas died in 2011 at the Irish National Stud after a career that included a successful stint in the Sunspeed State where he built a 60% winning strike-rate topped by 13 stakes performers.

Vert De Grece arrived in his final Irish crop and so did Ice Lord who scored a remarkable victory in the Chapel Down Hcp (1200m) at Ascot last Saturday, September 9.

Ice Lord (5g Verglas – Special Lady by Kaldoun) was knocked sideways out of the stalls and spotted the leaders at least 10 lengths at the half-mile. He made progress after getting back on an even keel and was helped when the leaders began treading water in the final stages.

The Chris Wall-trainee swept to the lead with one long run that impressed his handler. “Hollie Doyle did well to give him time to find his stride while the main pack probably went too fast in the testing conditions. He came home quite strongly for what looked a very improbable victory for most of the way.”

Wall prepares Ice Lord for a Hintlesham Racing syndicate at Newmarket. He was a 35,000gns yearling buy at Tattersalls and is a half-brother to Special Kaldoun (G2 Longchamp Prix Daniel Wildenstein).

Vert De Grece is standing for an introductory service fee of $5,500 (inc gst) at Geisel Park. 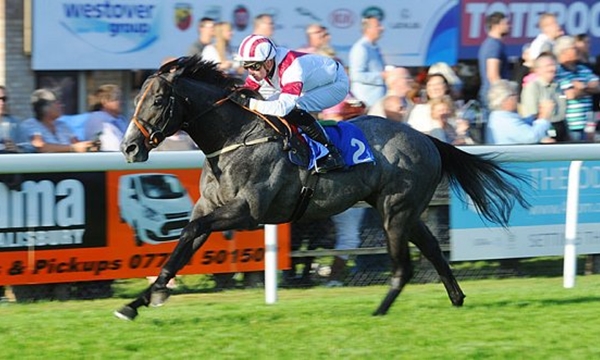