Equiano (Fr) colt Medicine Jack has Group 1 assignments in sight following his victory in the G2 Railway Stakes (1200m) in Ireland on Saturday.

Trained by Ger Lyons, he had won Navan maiden by 4 lengths last month and improved again to defeat Peace Envoy by a half-length at the Curragh.  The runner-up hit the front but Medicine Jack found plenty to go away down the middle of the track.

Peace Envoy (Power) started a 7/4 favourite and provided a strong form-line out of Royal Ascot.  The Coolmore Stud colt had finished fourth in the G2 Norfolk Stakes before returning home with Aidan O’Brien.

“He did what we thought he could do,” Lyons said.  “That’s not being cocky, we like him but you never know when you have Ballydoyle to deal with.

“This one is still only half a horse and we were worried he was still not mature.  But the Railway is as important to me as winning a Coventry at Royal Ascot.  They are both Group 2.”

Medicine Jack (2c Equiano – Agony Aunt by Formidable) has Group 1 nominations at the Curragh for the Phoenix Stakes (Aug 7) & National Stakes (Sept 11).  Long-range bookmakers have introduced him at 33/1 for the 2017 English 2000 Guineas.

Lyons also prepared Equiano sprinter Blood Money to a feature win at Fairyhouse earlier this month.  He was G3 placed in the Curragh 2YO Stakes last year and is bound for more black-type this summer.

Equiano (Fr) has now sired 9 stakes winners and the latest comes hot on the heels of The Tin Man.  He finished fourth against older horses in the G1 British Champions Sprint at Ascot last October and resumed this term to win the LR Leisure Stakes at Windsor.

Equiano shuttles to Swettenham Stud and there have been 27 winners of 35 races from his two southern crops this season.  Consistent sprinter Devils Pinch helped him maintain a Top 10 spot on the Australian second-season premiership with a first-up victory at Sale last Sunday.  He has won 3 times in 6 starts for trainer Colin Little.

Hong Kong flyer Dancing Flames is another Victorian bred son of Equiano.  The Danny Shum trained speed-machine clocked 56.51s winning a Sha Tin Griffin (1000m) and he reproduced that turn of foot with a sizzling 55.72s victory down the straight course last Sunday. 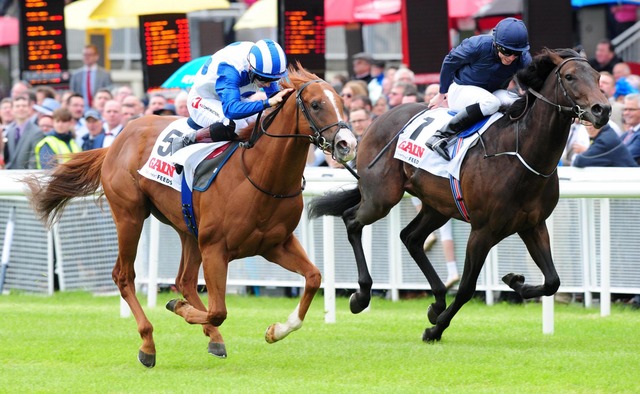 MEDICINE JACK
Equiano colt (No.5) wins at the Curragh