South-coast filly Jamaea has propelled Vinery sire Headwater to the top of the Australian second-season premiership with a brilliant turn of acceleration in the $1 million Percy Sykes Stakes Gr.2.

Jamaea burst through a gap at the furlong to sprint past Crystal Bound (Not A Single Doubt) and Joyous Legend (Snitzel) at Randwick.  She had been runner-up in the Magic Night Stakes Gr.3 and Lonhro Plate LR before landing the rich 2yo contest over 1200m on the final day of The Championships.

Headwater ($2.59 million) took over as leader of the second-season ladder from Pride of Dubai ($2.18 million) and Spill The Beans ($2.03 million).  He shared the freshman winners’ title with Spill The Beans last season.

“She was a striking-looking athlete with an outstanding physique when we bought her as a yearling,” co-trainer Rob Price recalled.  “She showed natural ability from the outset and I couldn’t see her getting beaten today.”

Jamaea (2f Headwater – Isibaeva by Johannesburg) was bred and sold for $130,000 by Cressfield Thoroughbreds at the 2020 Gold Coast Magic Millions.  Her dam won a Bow Mistress Stakes Gr.3 in Tasmania as did her second-dam Dragila (Encosta de Lago).

“I really like this filly,” winning jockey Tommy Berry said.  “She has a sharp turn of foot and there’s just something about her attitude.  She could have run in the Golden Slipper but I told Rob she needed a let-up so full credit to the team for giving her a break.”

Price and his son Luke are based at Turpentine Park in Cambewarra and also have stables at Kembla Grange.  The Percy Sykes winner is owned by twin-brothers Bruce and Ken Noble who have been long-time clients.  They’re also in last-start Rosehill winner Count de Rupee (Real Impact).

Headwater (Exceed And Excel) has a dozen yearlings catalogued for Inglis Sales at Scone and Oaklands in May.  Vinery (as agent) has also entered a Headwater – Convene filly foal (Lot 68) for the Inglis Australian Weanling Sale at Riverside Stables on May 6. 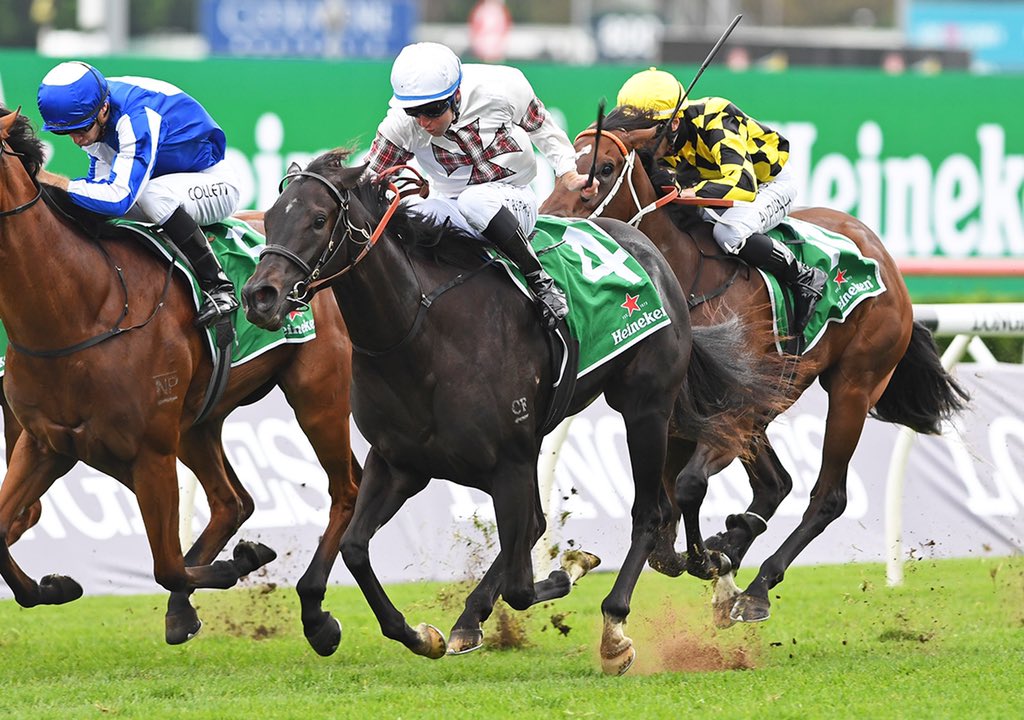