Myboycharlie mare Jameka has firmed into an equal favourite for the Caulfield Cup after an explosive victory in the G3 Naturalism Stakes (2000m) on Saturday.

Last year’s G1 VRC Oaks winner is now priced at $7 alongside Hartnell with tab.co.au for the $3 million Caulfield Cup on October 16.

Jameka was given a perfect ride by Nick Hall in the Naturalism and she responded to score by almost four lengths from Sydney Cup winner Gallante (Montjeu) and Mornington Cup winner Berisha (Al Samer).

“That’s what you want to see going towards a Caulfield Cup,” Hall said.  “She’s pretty relaxed in her trackwork but to see that turn of foot is really exciting.”

Jameka (4m Myboycharlie – Mine Game by General Nediym) will have her final lead-up for the Caulfield Cup in the G1 Turnbull Stakes at Flemington on October 2.

“She rolls along with that lovely action and just seems to relax,” trainer Ciaran Maher said.  “She’s always been a forward filly – strong and competitive – and now, as a four year-old, she’s more mature and is right on track for the Caulfield Cup.

Jameka was bred and sold by Gilgai Farm owner Rick Jamieson for $130,000 at the 2014 Inglis Melbourne Premier yearling sale and the latest result sent her earnings to $1.67 million.

Jamieson purchased her dam Mine Game as a yearling from Eliza Park Stud and her only victory was at Caulfield on the same day All The Good won the Cup in 2008.  She travelled to Vinery again this year where she has just been scanned in foal at 14 days to Myboycharlie.

Mine Game’s 3yo colt Nikitas (Snitzel) will be given the chance to add more black-type to the family’s catalogue page in the G2 Stan Fox Stakes at Rosehill next Saturday, September 24.  He was Group 2 placed in the Brisbane Sires’ Produce Stakes in May.

Jamieson also reports Helsinge – the dam of Black Caviar – has a PPT to Written Tycoon.  She was the first mare covered by the Woodside Park sire this season.

And there were more glad tidings for that family when Black Caviar foaled a Snitzel filly in the early hours of Sunday morning.  She is the world champion’s third foal following a filly by Exceed and Excel and a colt by Sebring. 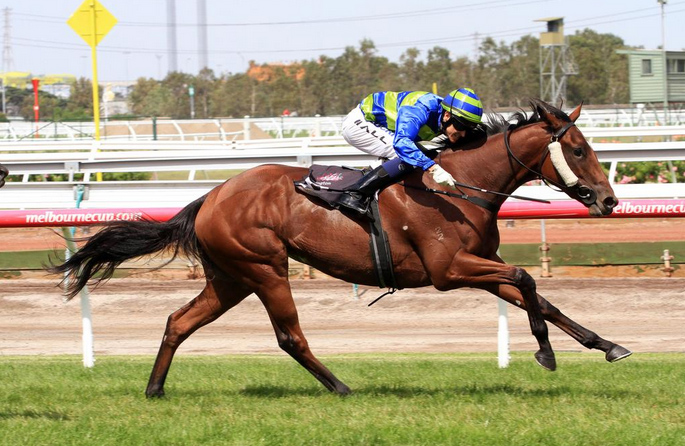