Owners Ralph and Peta Zito will stand him with Maldon-based breeder Betty Connell at Darnik Park.

Jayemzed (Lion Cavern) won 5 races for the Zito family and he was also stakes placed in the LR Anniversary Vase at Caulfield before retiring to Bowthorpe Stud at Longford.

From limited numbers, he has sired 3 winners from 6 starters including the Shane Fliedner trained Bee Jay Zed and Mick Kent trained Leodoro who are both multiple winners in Victoria.

“It’s been decided to return him home for broader opportunities,” Ralph Zito said.  “He’s settled in well to his new home under the care of Betty Connell who is an experienced horsewoman and successful local owner.” 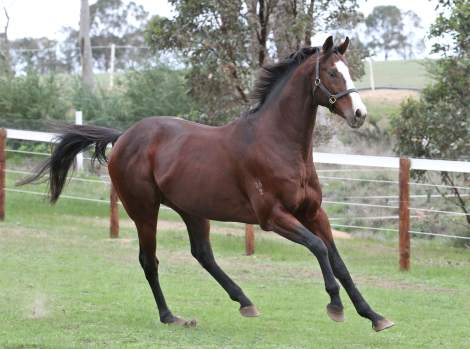