Patience paid off for Strap Marks (NZ) when he emerged from the wilderness to win a 1200m maiden at Kranji on Friday.

Sent straight to the front from an inside barrier, the 5yo gelding stacked up the speed and cornered with a full head of stream to score by more than two lengths.  It confirmed the potential he had shown trainer Stephen Gray before being sidelined 18 months ago.

Strap Marks is a Singapore-based son of in-form sire Jimmy Choux (NZ) who is now based at Roselee Park in WA.  He sustained a fractured pelvis in a barrier trial in October 2017 and, despite a guarded prognosis from vets after surgery, responded to plenty of TLC during a long spell in Malaysia.

“This race may have been only worth $20,000 but it means a lot to us sentimentally,” Gray revealed.  “We always knew he had ability.  Glen Boss told us he was a good horse before the injury.

“The plan was to go forward tonight and he won a nice race.  Brent and Cherry originally had the horse with Donna Logan in New Zealand.  He was sold to Hong Kong but failed the vet test because of a chip in the knee and then came to me.”

Jimmy Choux (NZ) has been on a career-best winning curve since transferring from New Zealand to WA in April.  He sired the winners of 11 races in May headed by The Bostonian who claimed a Group 1 double in the Doomben 10,000 and BTC Cup.

His Melbourne-based sprinter Manolo Blahniq (NZ) is due to win more black-type after a last-start fourth in the LR Straight Six (1200m) at Flemington on May 25.  He won the LR Chester Manifold at headquarters in January. 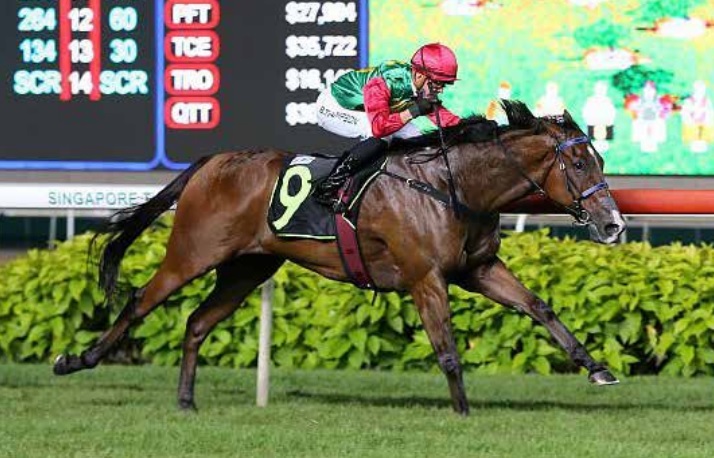