Mitchell Bloodstock topped the FBAA leaderboard with a $900,000 bid for Set to Unleash at the Magic Millions National Broodmare Sale that finished on Friday.

Set to Unleash (Reset) was sold with a positive to champion sire I Am Invincible.  It’s the same pairing that produced RL Magic Millions 2YO Classic winner Houtzen who is in England for the G1 King’s Stand Stakes at Royal Ascot on June 19.

She was knocked down to James Mitchell acting for Gerry Harvey and his uncle Harry Mitchell who stands I Am Invincible at Yarraman Park.  “There’s also a very nice sister to Houtzen who is probably the pick of the crop at Yarraman Park,” James Mitchell said.  “No doubt she will be well sought after at the yearling sales next year.

“You pay for quality.  She is a beautiful mare who is leaving quality types that can gallop.  In this market, being a strong sale, you expect that you have to pay that sort of money.”

Sexy Eyes was one of 8 buys for Hedge on behalf of Woodside Park. “She is a queen and was the one we were talking about when we got back home,” Hedge said. “I’m familiar with the pedigree, being by Written Tycoon, and she’s going to Zoustar. She is an easy mare to mate, being such a good type. If you buy those fast mares who have got open pedigrees, it gives you a lot of options.”

Lucky Can Be is a Group 3 Sydney placegetter and is a half-sister to Group 1 winners Ofcourseican (Cooolmore Classic) and Gimmethegreenlight (SAf Queen’s Plate). She was sold in foal to Zoustar.

Belmont Bloodstock agent Damon Gabbedy bought 21 lots totalling $3.12 million. Sous la Terre (Pierro) was the most expensive at $500,000 and she is also positive to Zoustar. The foal will be a three-quarter to Australia’s Champion 3YO Filly-elect Sunlight

Sheamus Mills Bloodstock also had a double-figure shopping list topped by More Cheers (Showcasing) in foal to Not a Single Doubt for $340,000. The NZ-bred mare is the dam of G3 Mr Tiz Trophy winner No More Tears and Hong Kong winner Romantic Chef.

Boomer Bloodstock’s Craig Rounsefell weighed in with $525,000 for Personalised (Snitzel) who retired with a 50% strike-rate in Queensland. She was purchased in foal to Spirit Of Boom on behalf of Musk Creek owner David Kobritz.

Personalised will go to Dundeel with a nomination that was purchased for $100,000 at the auction for Tye Angland. “She’s a blue-chip mare and Musk Creek has a focused business plan,” Rounsefell said. “I’m excited to help execute their vision over the coming years.”

Astute Bloodstock’s Louis Le Metayer bought three for $455,000 including Sydney winner Mariquita (I Am Invincible) for $250,000. Sold in foal to Zoustar, she was purchased for Lustre Lodge.

Peter Ford Thoroughbreds took five mares back to Victoria with Star of Night (Wicked Style) attracting a winning bid of $425,000 in foal to Merchant Navy. She was more than useful winning five for Toby Edmonds and is a half-sister to G2 Stan Fox Stakes winner Decision Time.

Freyer Bloodstock: Unraced Sultry Dreamer (Dream Ahead) changed hands for $260,000 in foal to Pariah. She is a half-sister to G1 The Galaxy winner In Her Time.

Hancock Quality Bloodstock: Brisbane stakes winner Don’tbabylon (Reset) was one of 8 buys for Adrian Hancock. She cost $130,000 in foal to American Pharoah (USA) off an October cover at Coolmore Stud.

John Chalmers Bloodstock: Elliptical Orbit (USA) will head to WA after being sold for $105,000. She is an unraced daughter of Irish stakes winner Starbourne (Sadler’s Wells) and is in foal to Rubick. 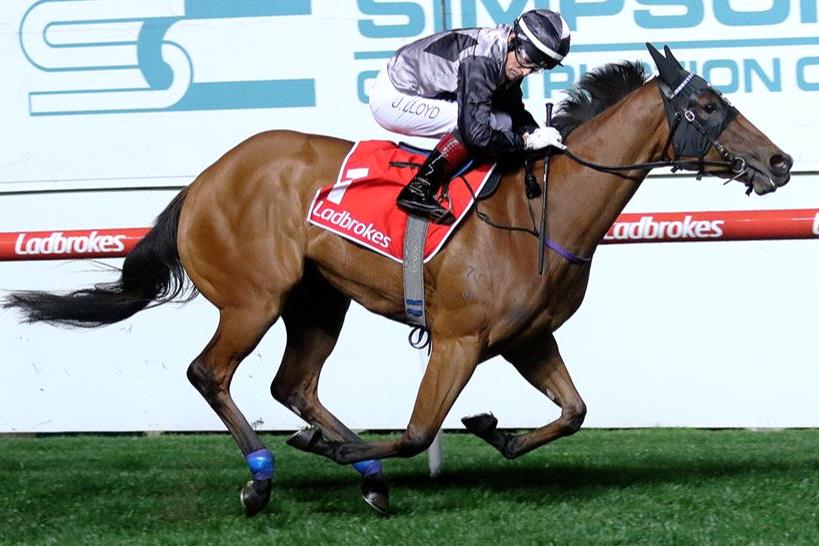