Baby Wong has punched his ticket to the Brisbane winter carnival with an odds-on victory first-up in the Romantic Dream 2YO Plate (1000m) at Tamworth.

It launched a Group 1 campaign for the Press Statement colt and trainer Stephen Jones.   He was out on a limb and cutting the breeze three-wide in Friday’s feature but still found a length when called on in the straight.

Baby Wong was looking for the line under Matthew Palmer and the half-length margin didn’t do him justice.  “I’ve only given him two gallops,” Jones revealed on Saturday morning.  “He was under sustained pressure and then he got on his bike.  He was a class above them.”

The Ken Russell Memorial Classic (Gr.3, 1200m) will see him return to black-type company at the Gold Coast on May 8.  “It was a fantastic ride by Matthew.  I told him to be positive, get rolling and then wind him up early.  He’s pulled up well and will improve a ton off that.”

Baby Wong was sent out a short-priced favourite when appearing for the first time since January.  He had been Stakes-placed in the Phelan Ready LR and B J McLachlan Gr.3 at Eagle Farm in December and then led them up in the Magic Millions Classic RL before fading to a midfield finish.

“He’s high-class but had terrible luck in the Phelan Ready,” Jones added.  “He will get a mile and hopefully we get there in the J J Atkins.”

Baby Wong was bred by Gerry Harvey and Press Statement got him from unraced More Than Ready mare Spice Temple.  She is from the ‘Leica’ family and has a yearling colt by All Too Hard and a colt by Zoustar foaled in NZ last November.”

Press Statement had joined Headwater in the Top 5 on the Australian second-season winners’ table with a double on Thursday.  Paparazzi Queen won the Top Tote Plus Plate (1100m) at Kilmore an hour before Media Man did it easily in the Sharp Electronics Hcp ( 1500m) at Newcastle.

Baby Wong made it 11 individual winners this month and it came just days after Vinery announced Press Statement will stand for an unchanged $13,750 (inc GST) fee this year.

“He’s a stallion showing great promise,” Vinery bloodstock manager Adam White said.  “He’s churning out good winners and can follow in the footsteps of a stallion like All Too Hard.  It wouldn’t surprise me if we see him following in the same category in 12 months.” 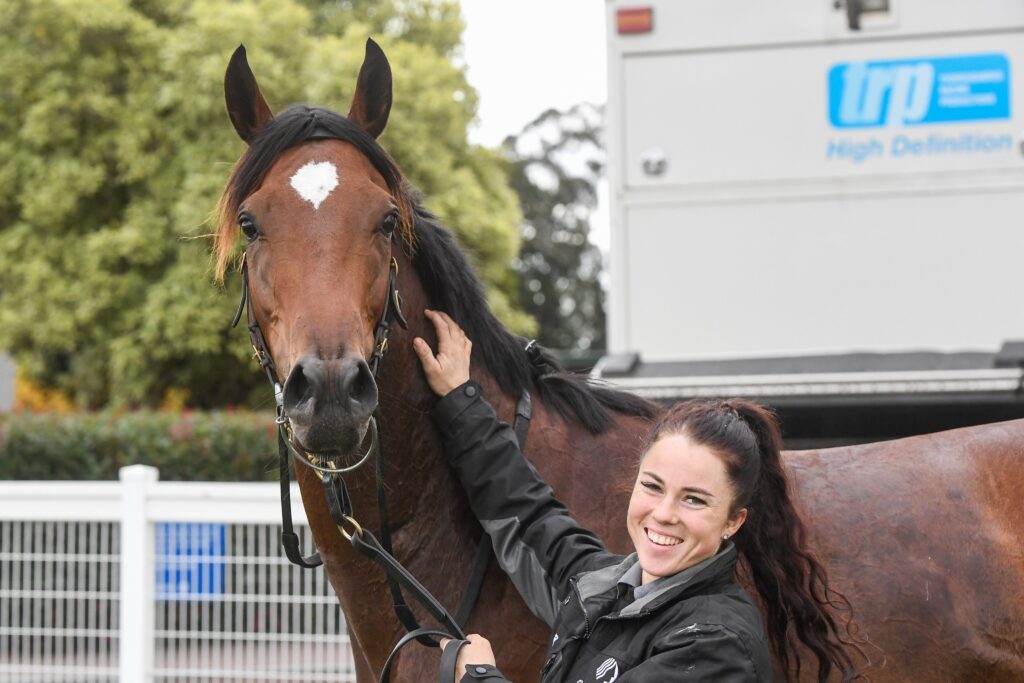