Kim Waugh welcomed Hidden Hills back to the winner’s enclosure after he stretched out to 1600m for the first time this prep in the Kia Ora Stud Plate at Scone.

The All American galloper was held up in traffic when the capacity field passed the furlong on Tuesday.  Jockey Serg Lisnyy spotted a gap on the rails and speared through to score in a blanket finish.

“That was well-timed by Serg,” Waugh said.  “It was a patient ride and the horse took his chance to accelerate for a good win.”

Hidden Hills has strong WA links on both sides of his pedigree.  Geisel Park sire All American got him from Kimillsy (Danehill Dancer) who won at Canterbury and Rosehill as well as running a Group 1 placing in the 2008 AJC Flight Stakes.

Kimillsy is owned by Waugh’s husband Mark and has also thrown winners by Snitzel and Sebring.  Her latest foal is a colt by Dundeel.

All American’s current 2yo crop was conceived during a one-off Victorian season in 2018 prior to a permanently return to Geisel Park.

His Lindsay Park 2yo Schramsberg is also a talent going forward after a sizzling second over 850m in a trial at Terang.  His dam Champagne Sister (Anabaa) is a half-sister to Rutherford Eagle (LR Gosford Classic).  Second-dam Vestey (Last Tycoon) won a G3 Port Adelaide Cup.

All American was trained out of Lindsay Park to defeat So You Think in the G1 Emirates Stakes (1600m) at Flemington before retiring to stud.  He has just passed $25 million in progeny earnings after siring the winners of more than 600 races. 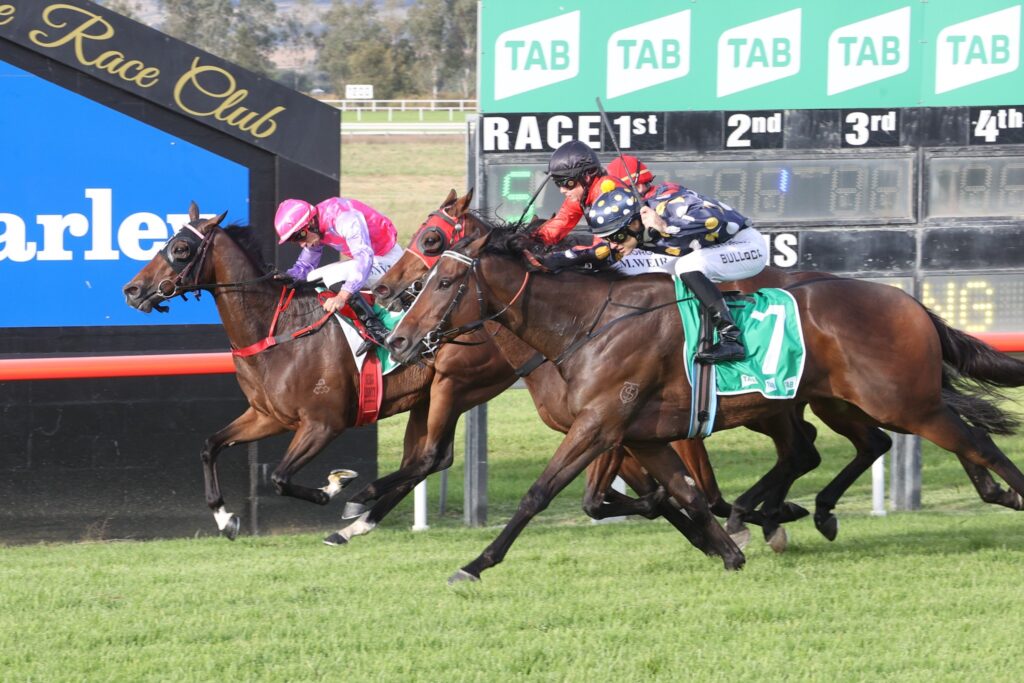