All Too Hard reached 100 individual winners for the season on Thursday and he added a 2yo city double on Saturday with Can’t Be Done (Sandown) and Jeweliana (Ipswich).

Singapore-based galloper Hardcore also saluted for All Too Hard on Saturday.  It maintained the Vinery champion’s overseas career stats at an outstanding 69% strike-rate.

Can’t Be Done (2g All Too Hard – Nobody Gets by Forestry) had scored a soft win on debut at Sale before going down narrowly to The Astrologist at Caulfield.  He showed the benefit of that experience around the Lakeside circuit when getting the better of King Of Hastings in another close finish.

Trainer Danny O’Brien bought Can’t Be Done for $120,000 out of the Rosemont Stud draft at the 2018 Gold Coast Magic Millions.  He’s from a half-sister to Musidora (The Vanity Gr.3) who foaled Tulip (Magic Night Stakes Gr.3) and Sacred Eye (Norman Robinson Stakes Gr.3).

“He was beaten a head at Caulfield and just didn’t know what to do,” O’Brien said.  “He’s just a big, raw All Too Hard gelding who is still learning the trade.  We’ve been patient and he will get better every time he steps out.”

An hour later, Jeweliana registered the 10th win for All Too Hard’s juvenile division this season in the Bundamba Plate (1100m) at Ipswich.  She had bolted in on debut at Sunshine Coast and was just as impressive second-up when overhauling Sugar Boom (Spirit Of Boom).

“She’s black-type material this filly,” jockey Matt McGillivray claimed.  “I really like the way she flattened out and hit the line hard.”

Jeweliana (2f All Too Hard – Bianca Jewel by Lion Heart) is a homebred for Joe Rapisarda and, like her dam, is prepared by Steve O’Dea.  “There’s a lot of upside to this filly,” O’Dea said.  “She’s by All Too Hard and I like the breed.  She’s won both her starts as a two-year-old and will be more than handy over longer trips.”

All Too Hard gelding Hardcore is being touted as a 2020 Singapore Derby horse after winning over 1800m at Kranji on Saturday.  The Cliff-Brown-trained 3yo defeated older horses after barging through a gap at the furlong for jockey Michael Rodd.

“I could have taken off with the others before the home turn but decided to wait,” Rodd said.  “When the split came, he made a good thing of it.  That stamped him as a good horse for the future.”

Hardcore (3g All Too Hard – Lychee by More Than Ready) had won his maiden by five lengths at Kranji in March and that prompted connections to have a throw at the stumps for the Singapore Guineas Gr.1 last month.

He didn’t fire over 1600m but appreciated the extra furlong and drop back to Class 4 company, albeit against more seasoned horses on Saturday night.  A $60,000 buy for Brown at the 2017 NZB Premier Yearling Sale, he was bred by Gerry Harvey and is the first live foal from a half-sister to Group 3 winner McClintock. 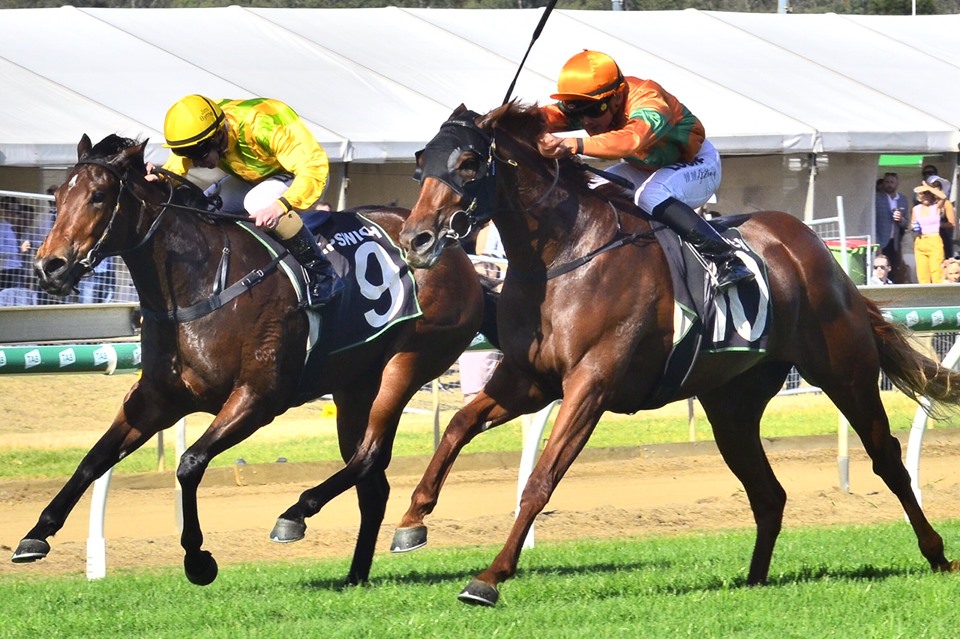