First-starter Showmanship (NZ) has continued the winning run of John Chalmers and his Karaka connection in Perth.

The rising 4yo came from last at the half-mile to claim the TAB Touch Better Your Bet (1000m) at Belmont on Wednesday. Chalmers bought him on behalf of Peters Investments for $145,000 at the 2017 NZB Select Yearling Sale.

Showmanship, by former Haunui Farm shuttler Showcasing, is a brother to La Mouline who was unbeaten in five starts for Bob & Sandra Peters at Ascot. A tendon injury curbed her career last season and she’s due to Pierro in August.

“I really liked his final 200 metres,” Bob Peters said after the belated debut. “He’s been a work in progress for quite a while and it’s been worth the wait. He had been much closer in his trials but the pace was right on today.

“He wants it longer than 1000 metres and could end up being a nice horse.” 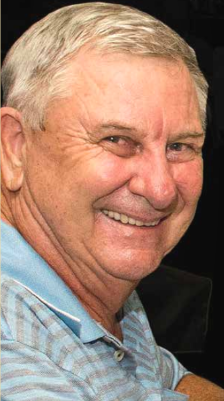 Their other winning graduates this season include Leading Girl (Reliable Man) from Bradbury Park and Vinaceous (Savabeel) from Waikato Stud.

She’s Alight (Tavistock) won a Northam maiden in May for Chalmers and clients of trainer Alan Matthews. She was sold by Cambridge Stud for $65,000 at 2017 NZB Premier Yearling Sale and looked city-class when third at Belmont on Wednesday.

Recent Ascot winner Early Explorer (Iffraaj) was another bargain out of that same sale for Chalmers and Matthews. He was a snip at $30,000 for owner Lou Erceg from Monovale Farm.

Pinzu promoted the (NZ) brand at the most recent Ascot summer carnival with a Listed victory in the Carbine Club WA Stakes (1600m). He’s another Chalmers graduate from Waikato Stud and has won 8 races and $346,000 for owner Sarah Miller. The Pins gelding warmed up for his next prep with a Lark Hill trial win for trainer Adam Durrant last week.

Chalmers, Durrant, Peters Investments and Waikato Stud all played a part with Magical Charm (Savabeel) who carried the cerise and white colours to a running double at Ascot earlier this season.