Both were piloted by Clint Johnston-Porter in their first-up victories.  Kimberley Boy was back in harness after being sidelined since a debut second to Mercanto (NZ) at Bunbury in November 2020.  The Medic Aid Maiden (1000m) was a timely return, too, being the 50th win for Durrant this season.

Durrant Racing’s Facebook report confirmed the stable’s high opinion of the promising chestnut.  “Kimberley Boy returned from over 12 months off the track to blow his rivals away.  This very talented gelding led from go-to-whoa, showing his rivals a clean pair of heels.  He never looked in danger and will make his way through the classes for sure.”

Kimberley Boy is a 4yo by Darling View Thoroughbreds stallion Patronize and he made $23,000 at the 2019 Perth Magic Millions when sold by Dawson Stud as agent for breeder Jason Cheetham.

That appears money well-spent by owner Digby Beacham and the TABradio host will be hoping for similar improvement as shown by Beret in recent weeks.  The Durrant Racing mare has graduated through the ranks in recent weeks and was a Group 3 winner of the Starstruck Classic at Ascot on Saturday.

Kimberley Boy’s dam Miss Cubed (Trade Fair) was bred by Geisel Park from a mare going back four generations in WA.  Her final foal is unraced Gingerbread Man 3yo filly Bake Some Maybe’s who is with Durrant Racing foreman Jordan Rolfe. 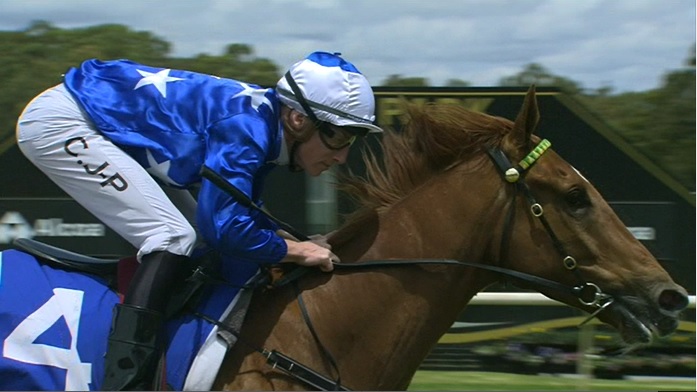