The promising NZ-bred stayer by Vinery sire Press Statement wasn’t expected to trouble stablemate Starman who started a $2.70 public-elect in his dress-rehearsal for the Magic Millions Guineas in January.

But while the favourite failed to run 1400m right out, Toomuchtobear appreciated the fast tempo when charging home from last to maintain a winning strike-rate of 50%.  “He has a good record although I didn’t expect him to win first-up,” Waller admitted.  “But you can’t beat talent and he’s got that alright.

“It won’t stop here, either.  This horse is going places and he’s on track for the Parramatta Cup.”

The Listed Parramatta Cup (1900m) will be run at Rosehill on Saturday, February 19.

Toomuchtobear’s rise to black-type company has come around in next to no time since a Bendigo breakthrough over 1400m in July.  He transferred to Waller’s Sydney base to win at Newcastle (1500m) in August and Kembla Grange (2000m) in September before going out for a short spring break.

“He’s going really well,” winning jockey Reece Jones reported.  “He will end up a nice horse if he continues to hit the line like he did today.”

Waller prepared Press Statement to Group 1 victories in the J J Atkins Stakes at two and Caulfield Guineas at three.  He bought Toomuchtobear for $120,000 from Carlaw Park at the 2019 NZB Karaka Yearling Sale on behalf of a large syndicate that includes leading clients Nev Greenhalgh and Peter Tighe.

Toomuchtobear is the final foal of Bearish (High Chaparral) who owned a Kiwi pedigree as a close relation of NZ Group 2 winners Waikiki and Puttanesca.

Press Statement was also successful at the other end of the scale on Saturday when Spanky Bandit took just 45.04s to pocket first prizemoney in the Esk Maiden Plate (800m).  Trained by Tom Dougall at Toowoomba, his dam Savannah Dancer (Savabeel) was Stakes placed in Singapore and is a family member of blue-hen Courtza (Pompeii Court. 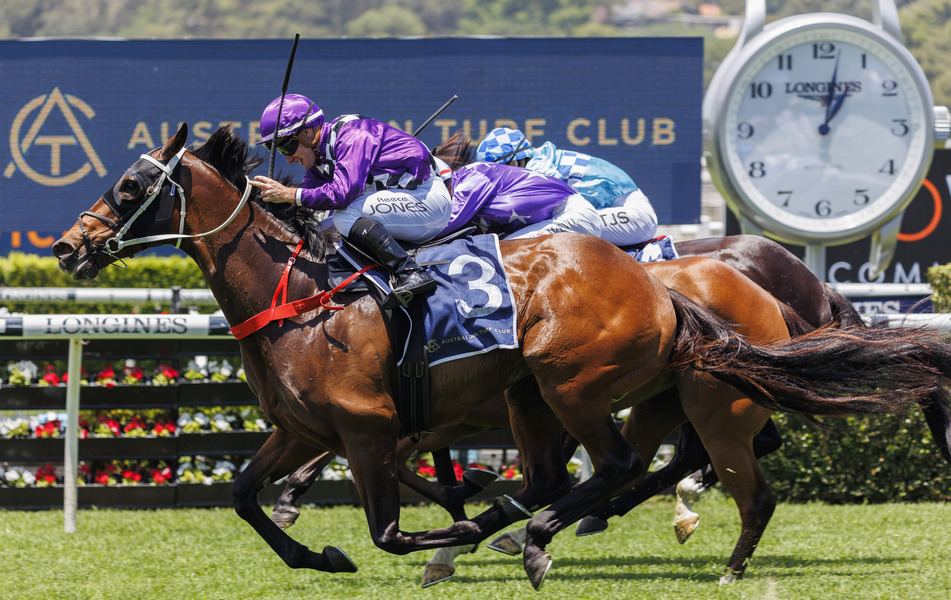