Bookmakers also took notice and slashed her G2 Karrakatta Plate quote from $6 into $2.80.

Amelia’s Jewel (2f Siyouni – Bumbasina by Canford Cliffs) relaxed like a seasoned professional before sprinting clear in the straight to score by over two lengths from Fiorucci Mama (Rommel) and Costume Party (A Lot).

“Winning black-type at her first start is enormous,” trainer Simon Miller said.  “I knew she was good but didn’t want to get Peter fired up too early.  Then the shackles came off after her trial win last month and I told him she was a machine.

“She’s got a brain and that’s a key element ahead of the Karrakatta.  Pete’s been knocked off twice in recent years so hopefully it’s his turn this time.  She’s the real deal and we will give her another run in the (G3) Gimcrack Stakes in a fortnight.”

In-form jockey Pat Carberry gave the winner a gun run one-out, one-back in the Supremacy.  “We didn’t have a set plan.  Simon told me to wait and let the race unfold.  We were in a good spot and she quickened when I angled into clear air.  She bumped with Costume Party but balanced up and let down to win it with relative ease.”

Walsh and his wife Annie bought Bumbasina (Ire) for 75,000gns (AUD 140,000) at the 2018 Tattersalls July Bloodstock Sale and then sent her to Haras de Bonneval in Normandy where she was covered by Siyouni (Fr) to southern-hemisphere time. 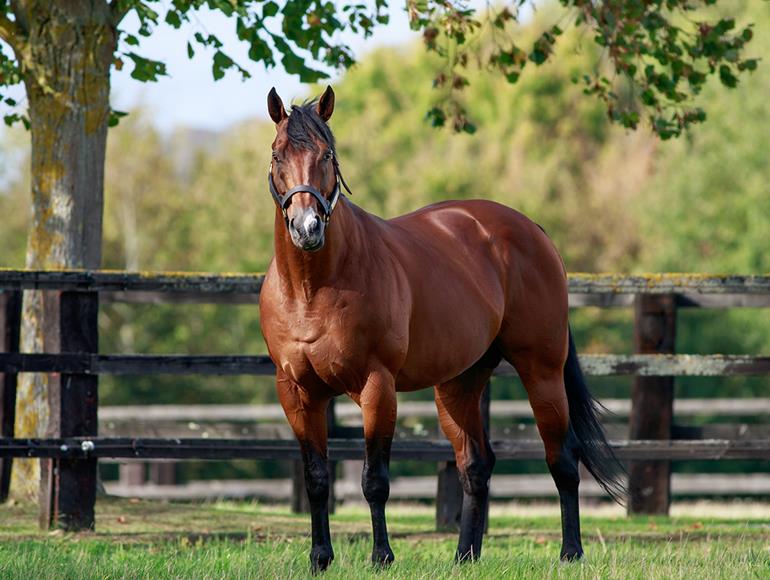