All Too Hard mare Forbidden Love completed a Group 1 treble for Vinery when she blitzed the $500,000 Canterbury Stakes (Gr,1. 1300m) at Randwick on Saturday.

Vinery couldn’t have asked for a better lead-in to Sydney’s autumn carnival.  Forbidden Love was its third Group 1 winner in as many weekends following star sprinters Wellington (All Too Hard) in Hong Kong and Marabi (I Am Invincible) in Melbourne.

Forbidden Love took over where she left off seven days earlier in the ATC Guy Walter Stakes (Gr.2, 1400m).  Sent straight to the front, she was untroubled to see off imported mare Lighthouse (USA) to score with something in hand under Hugh Bowman.

“She won with authority last week and I was comfortable after she was so good into stride today,” Bowman declared.  “The Heavy 10 conditions made it tough out there but I grew in confidence when she settled and relaxed.  We’re seeing the best of her now.”

Forbidden Love was bred by Kerry O’Brien and he sold her through Bhima Thoroughbreds to trainers Michael and Richard Freedman for $150,000 at the 2019 Gold Coast Magic Millions.  That’s been repaid ten-times over with earnings of $1,446,550 to date.

Her strike-rate of 7 wins in 21 starts also includes a Group 1 first in the 2021 Surround Stakes at Randwick.

Michael Freedman said they rolled the dice to back-up in the Canterbury Stakes after she pulled up so well on her home track.  “With all the rain, we were probably never going to get a better chance at a Group 1.  Everything is on the table this prep and we haven’t ruled out backing up again in the (Gr.1) Coolmore Classic next Saturday.

“The (Gr.1) George Ryder is in a fortnight and that mightn’t be out of the question, either, especially if we keep getting wet tracks.”

Freedman also mentioned the Doncaster (April 2) and Queen Of The Turf (April 9) as possible targets during The Championships at Randwick.

Vinery champion All Too Hard cracked a black-type half-century on Saturday.  He has sired 22 individual Stakes winners and they have won 50 Stakes races.

Forbidden Love carries the All Too Hard – More Than Ready cross through her dam Juliette’s Princess.  That cross also includes Wellington and it’s firing with a 68% winning strike-rate. 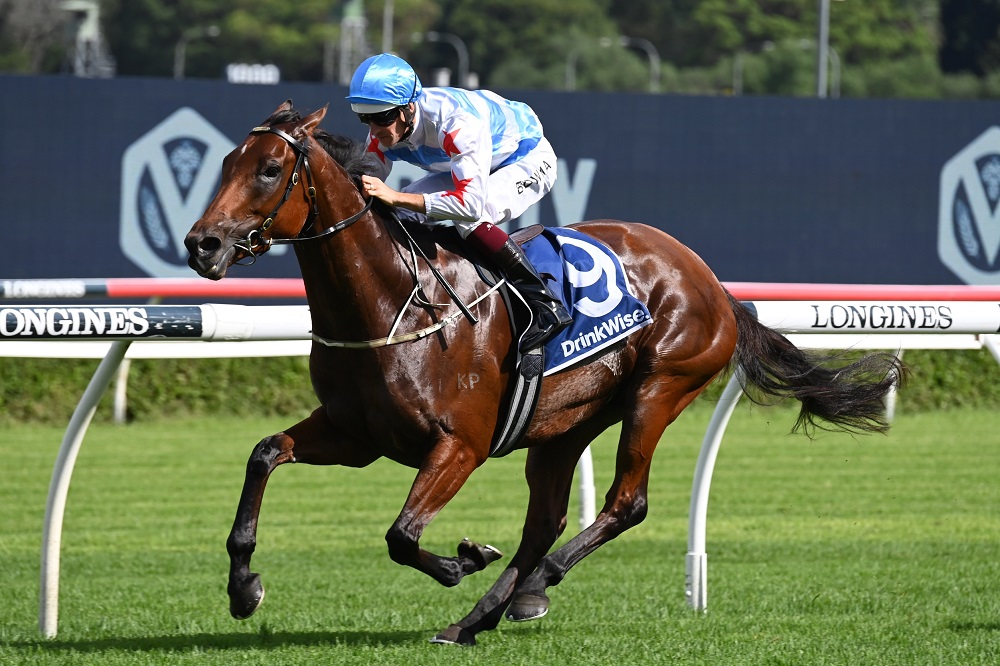