Keep Attacking lived up to his name with a determined victory in the Iron Jack Hcp (1200m) at Belmont last Wednesday.

The Snippetson 3yo was under a firm hold and was keen to go faster behind front-runner War Lago coming to the corner.  While Paul Harvey was waiting for the cutaway, the outside closers got first run and the favourite looked in trouble approaching the furlong.

“Paul had a handful of horse but was stood still in his tracks,” trainer Todd Harvey said.  “The cutaway has been a bit off so to pick up and win was a good effort.”

Keep Attacking had won a Northam maiden on debut last month but a viral infection delayed his post-race recovery.  Harvey also added a tongue-tie and that helped him get the job done after firming into a $2.80 favourite.

“He really felt good today.” Paul Harvey said.  “He had looked a bit square in his action but got his legs together today and finished off well.”

Black Queen’s older half-sister Karuta Queen (Not A Single Doubt) won a RL Magic Millions 2YO Classic on the Gold Coast and a G3 Australia Stakes at Moonee Valley.

Keep Attacking is one of 21 individual 3yo winners by Snippetson this season led by Sniparoochy, Spin The Knife and Kentucky Blue.  He stands for a $7,700 (inc GST) service fee at Scenic Lodge. 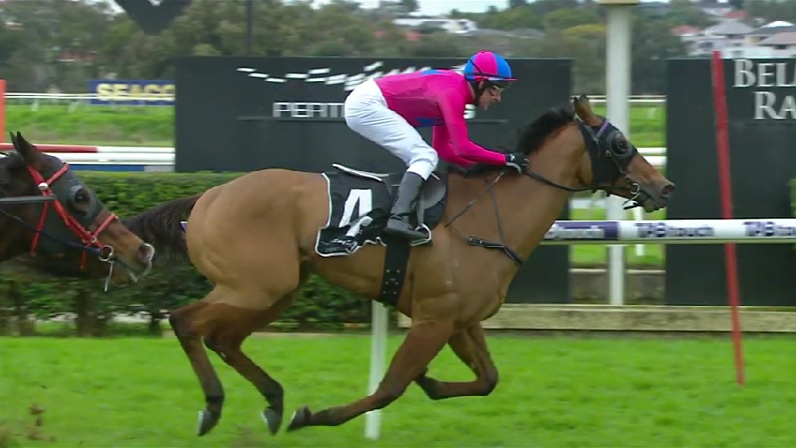