The Headwater juggernaut has rolled on July with another two city strikes on Saturday making it 14 individual winners so far this month.

The Vinery sire netted his 100th individual career winner on Friday when 2yo filly Dehero claimed a Canberra maiden for BlueBlood Thoroughbreds.  He followed up a day later with Maya Bay at Doomben for trainers Tony & Maddy Sears and River Twain who maintained his unbeaten record at Morphettville for Mick Price and Michael Kent jnr.

“River Twain loves Morphettville.  He’s notched four-from-four there,” Kent said following the Fleurieu Milk Hcp (1250m).  “We scratched him two weeks ago after drawing wide and he was in top order after working well on Tuesday morning.”

River Twain was given a gun run by Ben Price for a last-stride victory over Dance To Dubai (Pride Of Dubai).  “It was a good effort to get over the top of Peter Moody’s mare,” Kent added.  “She’s a decent Saturday-class horse and we knew she was the one to beat.”

He’s one of five Headwater winners prepared by Price-Kent Racing and they have notched a total of 13 races.  He’s the stable leader on 7 followed by Inundation (3).

On Friday, Dehero was facing the starter for second time and showcased her potential for BlueBlood Thoroughbreds in the Hops & Hooves Maiden (1000m) in Canberra.  She kicked away in the straight to defeat First Grange (More Than Ready) and they streeted the others by five lengths.

“She was solid on debut running into fourth on a Heavy 10 at Goulburn,”  BlueBlood Racing Manager David Mourad noted.  “She used the (rails) barrier perfectly today to sit on the speed and when the heat turned up, she responded to the urgings of Jeff Penza to go home by a length.”

Dehero is trained by Gerald Ryan and Stirling Alexiou and was a $35,000 graduate from Little Hills Pastoral at the 2021 Adelaide Magic Millions.  Bred by Geoff and Christine Tucker and offered through their Yorketown nursery, she is a half-sister to the winners Brother Fox (Zebedee) and Movandi (Uncle Mo).

Their dam Vandehere (Dehere) is a half-sister to Amber Sky (Exceed and Excel) and he was Group 1 winner of the Al Quoz Sprint at Meydan.  Second-dam Truly Wicked (Rubiton) won a Group 2 Champagne Stakes at Moonee Valley. 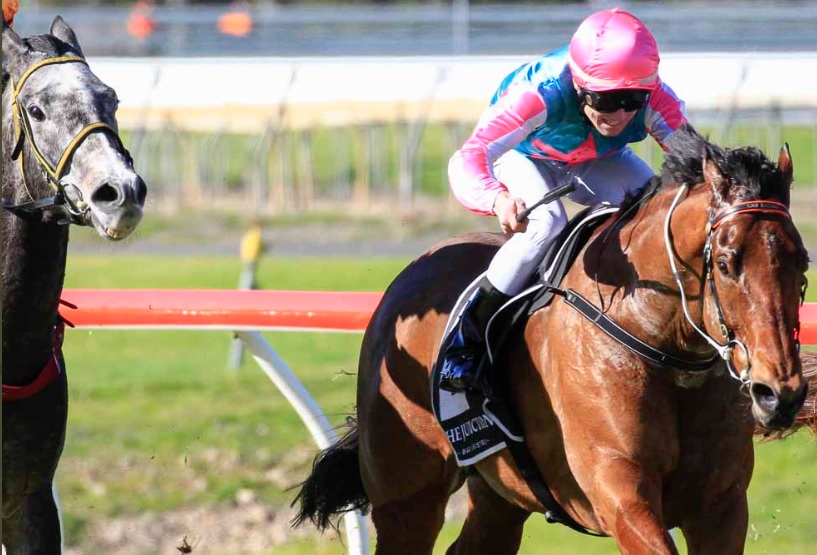