Lady Aurelia (USA) produced one of the most devastating displays ever seen at Royal Ascot when blitzing the G2 Queen Mary Stakes (1000m) by 7 lengths on Wednesday.

The Scat Daddy filly from Kentucky did not see any of her 16 rivals in the hands of Frankie Dettori to give trainer Wesley Ward a third win in the juvenile fillies feature.

Despite doubts about the draw and the ground, Lady Aurelia travelled strongly throughout and had the race in the bag even before kicking in turbo at the furlong pole to streak away from French runner Al Johrah.

The success was the second at Royal Ascot in two days for Lady Aurelia’s sire Scat Daddy who was also responsible for Caravaggio, winner of the G2 Coventry Stakes.

Previously, the winner had scored by 7 lengths on debut on dirt in track-record time at Keeneland.  “That was breathtaking from the top,” Dettori said.  “To win like that at Royal Ascot was sensational and I’ve never seen or experienced anything like it especially for a two-year-old.  I was going some very good splits but when I got to the furlong pole she found another gear.  It was unbelievable. ”

Bookies were initially quoting Lady Aurelia as an even-money favourite for the G1 Nunthorpe Stakes (1000m) against age ages at York on August 19.  Ward’s filly Acapulco took that route last year, but he said afterwards the G3 Molecomb Stakes at Goodwood or G1 Prix Morny were more likely targets.

“She is an immense talent  – her eyes are bright, her ears are pricked and she ate up everything,” Ward said on Thursday morning.  “We tried to win the Nunthorpe with a two-year-old filly last year and even getting all the weight, Acapulco couldn’t do it.  Acapulco is a big filly, Lady Aurelia is small.

“At this stage, I would prefer to keep her against her own age group and we will go down a more conventional route, as conventional as it can be for an American in Europe, and take her to the Prix Morny at Deauville.”

Scat Daddy (Johannesburg) was trained by Todd Pletcher for Group 1 wins in the Champagne Stakes at two and Florida Derby at three.  He retired to Coolmore Stud’s Kentucky operation in 2008 and his service fee skyrocketed from $10,000 to $100,000 before a premature demise last year. 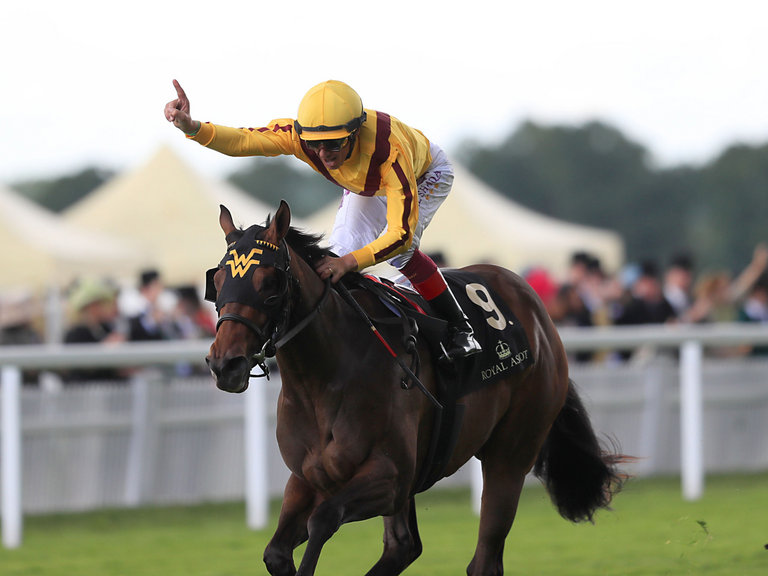