Syd’s Coin will return to stakes company after bouncing back to winning form in the Drinkwise Plate (1600m) at Caulfield.

Cranbourne trainer Ken Keys brought the Denman 3yo into work this season with visions of a Group 1 Caulfield Guineas campaign but was forced to lower those aspirations after unplaced runs in the G3 Vain Stakes and LR Poseidon Stakes.

“We just didn’t see enough to justify a start in the Caulfield Guineas but we will raise the bar now,” Keys said after watching his colt’s power-packed performance on Wednesday. “On what we’ve just seen, he should get 2000m.”

He will let the dust settle before making a decision between the G2 Moonee Valley Vase (2040m) on Cox Plate day or the LR TCL Curved TV Stakes (1800m) on VRC Oaks day at Flemington.

Syd’s Coin (3c Denman – All About the Coin by Starcraft) was initially sourced by Belmont Bloodstock (FBAA) agent Damon Gabbedy for $12,000 as a foal at the 2016 Magic Millions National Sale.

His dam’s half-brother Messene had won the G2 Ajax Stakes in 2014 and another half-brother Cordero added more black-type in the LR Australia Day Cup earlier this year.

A week later, and a fortnight before Syd’s Coin won a Bendigo maiden on debut, Keys travelled to Karaka to buy his Foxwedge half-brother for $40,000 from Rich Hill Stud.

Before changing hands, Fox Swift had won a LR Cap d’Antibes Stakes at Flemington for clients of Ciaran Maher. She was originally purchased for $80,000 at the Inglis Melbourne Premier yearling sale by Peter Moody.

Bluegrass Bloodstock (FBAA) agent Lenny Russo continued his winning run with (NZ) gallopers when Lucky For All lobbed at Caulfield on Wednesday. He had completed a hat-trick at The Heath in May for trainer Darren Weir and Spicer Thoroughbreds.

“I was very impressed when he finishing fourth on debut at Thames earlier this year,” Russo said. “So was Mick Sharkie – he’s a great judge of tried-horse form – and we had no hesitation in recommending him to Brad Spicer.”

Lucky For All (Tavistock) is a half-brother to the dam of He’s Our Rokkii (G1 Toorak Hcp) and had been passed-in at the 2016 Karaka Yearling and 2YO Sales when offered by Te Runga Stud. 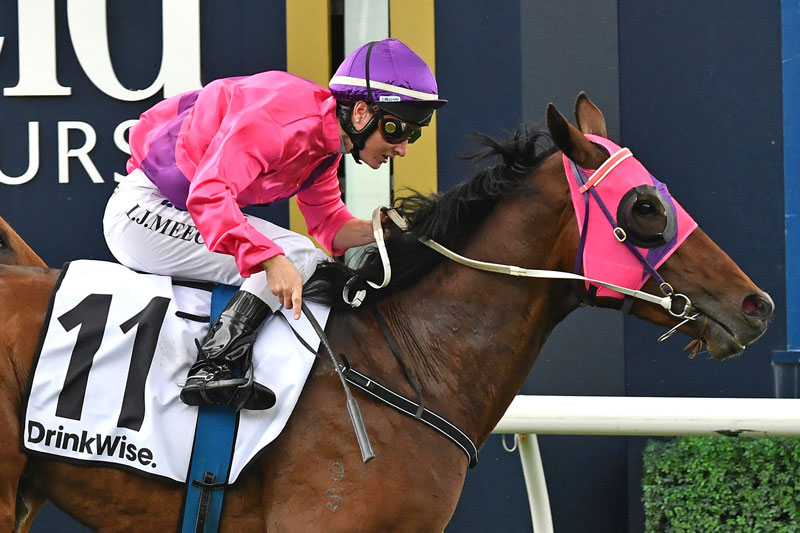