A homebred for Cambridge Stud owners Brendan and Jo Lindsay, she improved sharply from a debut placing at Matamata last month to defeat Helsinki (Savabeel) by a neck at Ellerslie.  She is the first successful Cambridge graduate to weaned and raised at the famed stud since the Lindsays took over from Sir Patrick Hogan in 2018.

Vernazza (NZ) joins More Than Ready colt Global Quest who won the Breeders’ Plate Gr.3 at Randwick in October.  “She had shown us a lot at home but was probably a bit new first-up,” trainer Lance Noble explained.  “She over-raced again today and is still a work in progress but is a filly with a lot of promise.”

Jockey Leith Innes was caught in traffic approaching the home turn but bided his time before spearing through a gap at the top of the straight.  She responded gamely in a performance that had Noble eyeing black-type races ahead.

“As long as she comes through the race well, we will sit down and make a plan,” Noble said.  “I think she’s just going to keep on improving.”

Vernazza is a half-sister to stablemate Bavella (Snitzel) who was last seen finishing fourth in the NZ 1000 Guineas Gr.1 in November.  Their dam Zonza won the 2013 Ladies Day Vase Gr.3 at Caulfield.

More Than Ready has another 2yo ready to strike when Edification debuts this Saturday.  Like Global Quest, he is owned by Aquis Farm and has been nominated for races at Eagle Farm and Gold Coast by trainer Kacy Fogden.

Edification won a Deagon trial by four lengths last Tuesday.  He is a full-brother to Mahisara (Sandown Stakes Gr.3) and a three-quarter brother to Ulmann (Moonga Stakes Gr.3).

WinStar Farm has welcomed back More Than Ready in readiness for his next book in North America.  He is coming off a best-ever year for Kentucky-bred 2yo winners – there were 25 individual juvenile winners in 2019 headed by stakes winners Scabbard, Hit The Road, Selflessly and Magic Dance. 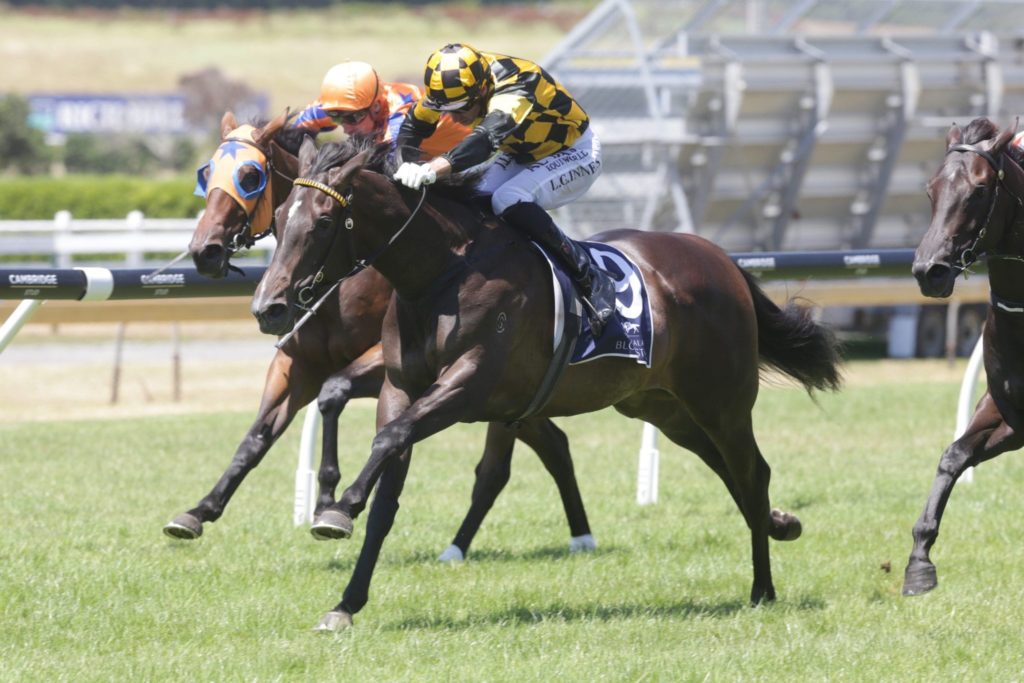