They were in the spotlight buying Fiorentina (Dubai Destination) in association with Coolmore Stud for $850,000. She’s the dam of G1 William Reid Stakes winner Silent Sedition and will be covered by Fastnet Rock or Merchant Navy.

Behind the scenes, Pilkington and Thomas laid the groundwork to buy Group 2 winning Kiwi filly Spanish Whisper. “I heard good things about her on the Gold Coast and contacted her part-owner Daniel Nakhle in New Zealand,” Pilkington recalled. “We bought a controlling interest and Daniel, his father Elias and another part-owner Darren Brady have all stayed in the new partnership.”

“She has enormous potential and I would be very surprised if she didn’t measure up in the spring,” Pilkington continued. “She’s from a very strong international pedigree which will stand her in good stead when she finally heads to the broodmare paddock.”

Spanish Whisper is from a sister to Glowlamp who was Group 1 placed at Randwick and Caulfield. Her dam is also a half-sister to the Danehill stakes performers Offenbach, Star Of Gibraltar and Isle Of Gibraltar.

Pilkington has also purchased South Island galloper Czechoslovakia out of NZ. The Reliable Man 3yo won a Gore maiden in January and then stepped up for a third in the LR Dunedin Guineas and fourth in a blanket-finish to the G2 Wellington Guineas.

Czechoslovakia will join Trent Busuttin and Natalie Young at Cranbourne where he will be stabled with Pilkington’s 2017 purchase Our Peaky Blinders. He had a similar record across the Tasman and has won his last two at Caulfield and Morphettville. 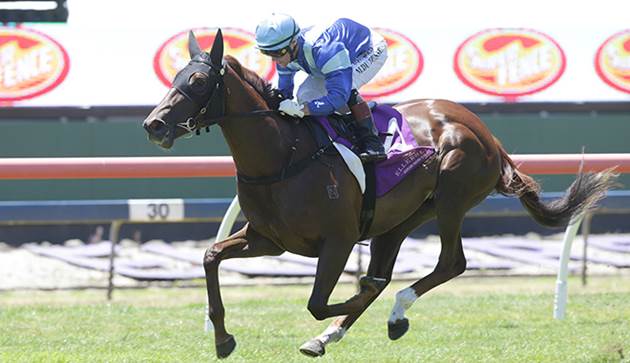