Vinery Stud’s young gun All Too Hard sired his 4th winner in 3 days with a drama-packed double on Friday.

Waimea Bay scored a straightforward victory in a Tuncurry 1200m maiden for trainer Kris Lees and she was followed by Team Hawkes first-starter Lakota who claimed a controversial win at Geelong.

Stewards delayed correct weight after Lakota passed the post a neck clear of The Freak in the Prestige Jayco Maiden Plate (1000m).  Some jockeys called for a ‘No Race’ but officials let the result stand even though Royal Effort and Lil’ Bit Sassy were clearly denied a fair start.

And favourite punters fumed when Spring Choice was eased out of the race by jockey Steven Baster who thought it was a ‘No Race’.

While confusion reigned at the back, Dwayne Dunn settled Lakota in the box-seat and then let him lengthen to overhaul the leaders close to home.  “It was a messy start but I had a beautiful run in transit,” Dunn admitted.  “He had been aggressive and a little bit upside-down at home so it was good to feel him relax and find the line today.

“We’re on a learning curve with All Too Hard knowing how the train and ride them,” Dunn added.  “This horse was having his first start and it’s probably all come a bit too quickly for him.  But he’s going somewhere.”

Team Hawkes trained All Too Hard to Champion 3YO honours in Australia and their strike-rate with his stock will keep improving courtesy of coming winners like Darhad, Newburgh & Reflectivity.

All Too Hard is setting a cracking pace, as expected, this season.  He’s established an early lead on the second-season prizemoney table and is surging clear with 18 career winners from Your Song (15), Golden Archer & Pierro (10).

Waimea Bay’s victory earlier on Friday was overshadowed by the commotion at Geelong, however, she lived right up to an odds-on quote in the Tuncurry Bowling Club Plate (1200m).

The All Too Hard filly was doing her best work at the finish giving Overreactive a couple of lengths at the furlong before reeling in the older Redoute’s Choice mare right on the line.

Waimea Bay is raced by John & Cath Murray of Emmaroo Bloodstock in partnership with bloodstock agent James Bester.  Bred and sold by Kia-Ora Stud for $200,000 at the 2016 Inglis Easter Sale, she is the first named foal of Waveline, a USA-bred daughter of Stravinsky who was a Listed winner of the B Thoughtful Stakes at Hollywood Park. 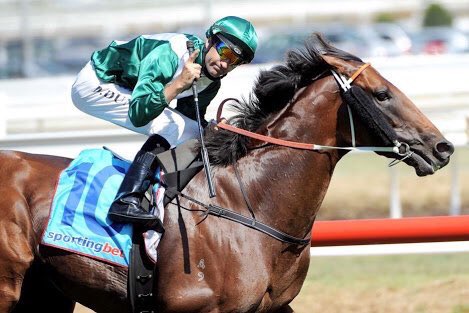