Randwick Bloodstock Agency led FBAA members at the Inglis Great Southern Foal Sale with $90,000 for a filly from the last crop of Hinchinbrook.

Bred by Kate Nivison (Etak Thoroughbreds) and sold through Victorian-based nursery Shadwell Farm, she is the second foal of Buon Auspicio (Bernardini) who was a three-time Doomben winner for Bryan Guy. Her yearling is a Bel Esprit colt with Mornington trainer David Feek.

RBA principal Brett Howard bought the Hinchinbrook filly in association with Rushton Park’s David & Kayley Johnson. They have been involved in several ventures in recent years – one of the most recent being a Dundeel yearling colt that RBA bought from the Johnsons for $100,000 at this year’s Gold Coast Magic Millions.

He’s been named Keaton at will race for a Star Thoroughbreds syndicate with Denise Martin.

Sheamus Mills Bloodstock was next on the FBAA leader-board when bidding $72,000 for the So You Think – The Ivy colt (Lot 457) on Monday.  SMB clients Chesapeake Thoroughbreds also sold a cracking Winning Rupert filly to Hall of Fame Bloodstock for $145,000.

Bluegrass Bloodstock paid $70,000 for the Deep Field – Fox Two colt catalogued as Lot 153. He was purchased on behalf of JR Thoroughbreds from Phoenix Broodmare Farm.  “We’re rapt with our purchases at the Inglis Sale,” JR manager Josh Rodder said. “All our weanlings selected by gun agent Lenny Russo.”

The Deep Field colt is related to Malaguerra who parlayed a $32,000 price-tag at Oaklands into prizemoney of $1.89 million for Bluegrass client Bruno Micallizzi. 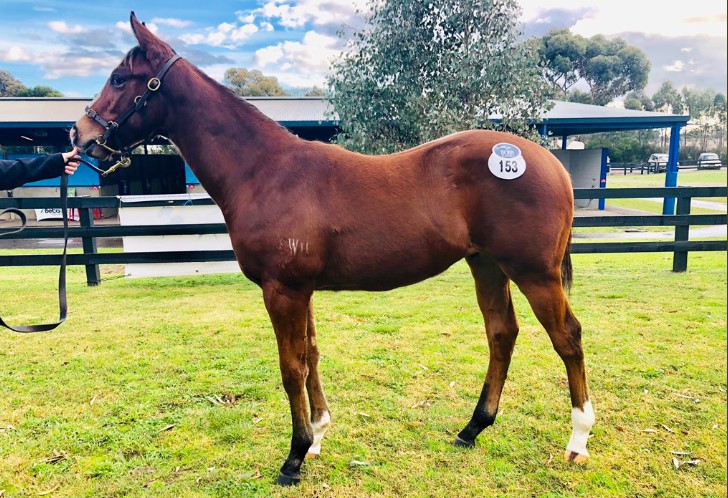