Glenelg Park owner Danny Swain catalogued a half-dozen foals for the Inglis Great Southern Sale and was pleased when Maluka Thoroughbreds pin-hooked his All Too Hard colt for $70,000 on Sunday.

The All Too Hard colt is from Toowoomba Hopeful Stakes winner Crown Of Coureuse (Lot 92).  “He was bred by my father-in-law Ross Ridley and is a strong, well-balanced type with a lovely attitude,” Swain said.  “It also helped when All Too Hard sired those two year-old winners on Saturday.”

Maluka Thoroughbreds owners Luke and Mags Anderson spent more than a half-million at Oaklands and their recent winners include Pintang Prince who is by Vinery sire Casino Prince.

Swain and is wife Sarina are based in Euroa and they sold a foal by Vinery sire Headwater at the 2018 Great Southern Sale.  He was pin-hooked by Randwick Bloodstock Agency and made $105,000 at the Gold Coast Magic Millions in January.  “I’ve been very impressed with the Headwaters,” RBA agent Brett Howard said.  “He was a top-class sprinter and has imparted his good looks.”

Glastonbury Farms sold a Headwater foal from Happy Laughing for $60,000 at Oaklands on Sunday.  Catalogued as Lot 180, he was purchased by Neerim Lodge and is from the family of last month’s Doomben Cup Gr.1 winner Kenedna.  “His x-rays had lots of hits so we thought there would be plenty of interest,” Glastonbury manager Mark Clerke said.  “We raised him on the farm and you can’t miss him with that big white blaze.” 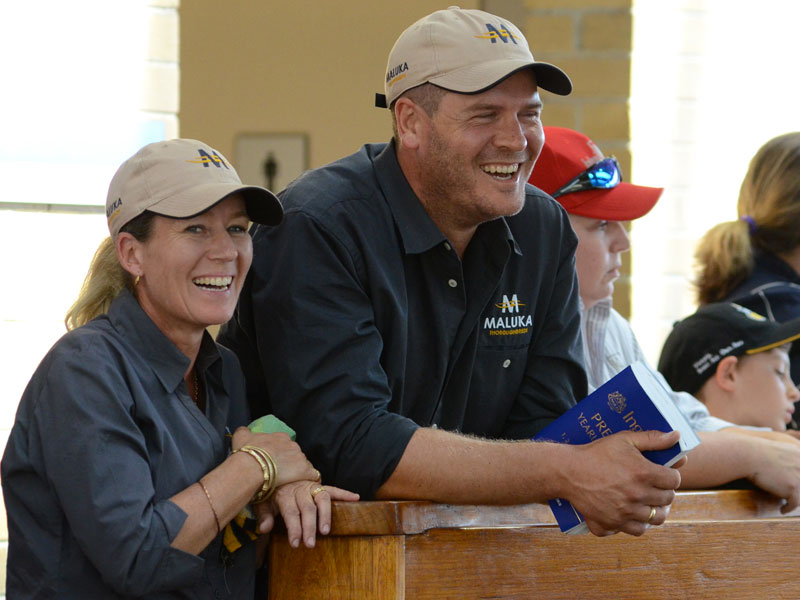