Star Turn has set the wheels in motion for a late-season surge up the first-season table with four winners in four days.

En route to 10 individual winners from his first crop, the Vinery freshman sired his first Stakes winner on Saturday and his first international winner in Hong Kong on Sunday.

Cordyceps Six (2g Star Turn – Sandcastles by Hinchinbrook) was a $140,000 graduate of the 2020 Inglis Classic Yearling Sale.  “He’s my first two-year-old winner in Hong Kong,” trainer Richard Gibson said.  “It was a great ride from Tony (Piccone) because the horse was green in the final stages and Tony made the difference.”

Gibson had won the Chairman’s Sprint Prize Gr.1 a week earlier with All Too Hard’s new speed sensation Wellington.  “Wins like this give me as much pleasure as the Group 1 with Wellington,” Gibson revealed.  “It shows the stable knows how to deal with young horses and that we can do the job.”

Cordyceps Six turned the tables on Turbo Power (USA) by three-quarters of a length after an unplaced debut behind the Mizzen Mast colt in the first Griffin race of the season last month.  “He ran very well first-up and, like all young horses, you expect them to improve,” Gibson continued.  “He learned from that and turned over a good bunch of Griffin horses today.”

Star Turn’s fourth winner was arguably just as impressive albeit at a low-key Ipswich meeting on Monday.

His first-starter Me Me Lagarde was a half-dozen lengths off the pace into the straight before unleashing an eye-catching finish in The Workers Maiden 2YO Hcp (1100m).  “To get that far back here and still win was a super effort,” co-trainer Trent Edmonds claimed.  “She’s green and still learning but has above-average ability.”

Me Me Lagarde (2f Star Turn – Roedean by Flying Spur) is a homebred for Gerry Harvey after failing to reach at $75,000 reserve as part of the Baramul Stud consignment to the 2020 Gold Coast Magic Millions.  She was initially being set for the Magic Millions Women’s Bonus but wasn’t ready in January.

“She’s a quality filly and we’ve been patient,” Edmonds said.  “She was runner-up to Fletch in a Doomben trial last month after being caught wide on a soft track.  Then the winner came out and won really well at Grafton.

“She’s a cracker and has a future.”

Star Turn’s top-priced yearling was the Spotty Socks colt (Lot 348) that made $70,000 to the bid of Kris Lees.  Vinery sold him as agent for Greg Perry. 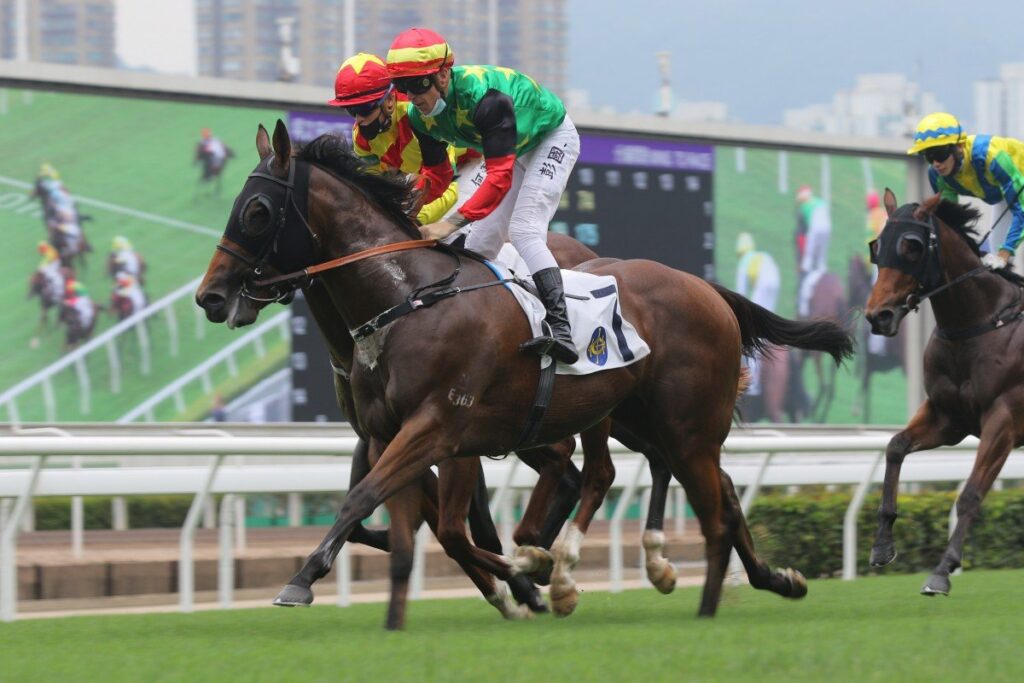