Maschino has entered the WA Top 10 sires’ premiership table and he’s got there with just 24 runners this season.

The Alwyn Park sire (pictured) is on a roll following the recent wins of Marocchino (Diggers Cup) and Cup Night (G3 Northam Stakes).  He had been bubbling under the leader-board thanks to a $326,000 contribution from grey mare Fabergino who is now with Chris Waller in Sydney.

Marocchino struck first in the $100,000 Diggers Cup on Anzac Day.  He was completing a hat-trick for trainer Lou Luciani and jockey Willie Pike after wins at Ascot and the Albany Cup.  “He’s been a work in progress for a fair while,” Luciani told The West Australian.  “Now he’s putting it together and I think he’s a real Perth Cup prospect.

“He also looks physically better than ever and was glowing at the beach this week.” 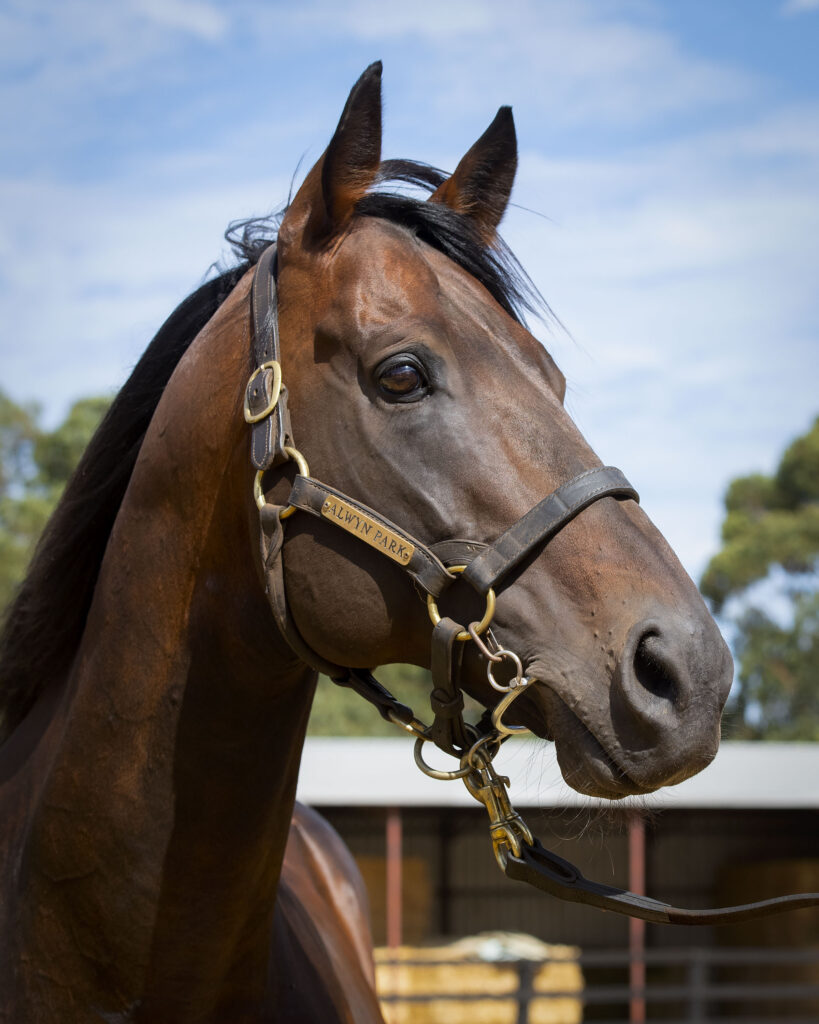 Marocchino (4g Maschino – Comesitbesideme by McFlirt) has opened a $2.70 favourite to make it four wins in a row when he lines up in the $100,000 Eurythmic Stakes (2150m) at Ascot this Saturday.

Luciani bred the gelding and races him with partner Trish Roberts and Mark & Paul Luzi.  They have banked $437,570 to date including Westspeed Bonuses of $154,000.  Roberts prepared his dam Comesitbesideme for a win at Ascot and the mare has a yearling colt and weanling colt by Maschino.

The Bernie Miller-trained gelding was piloted by Patrick Carbery and he produced a powerful finish along the rails to defeat Rock Magic by a length.  Miller indicated his winter schedule will include the G3 Roma Cup (1200m) on May 15 and G3 Belmont Sprint (1400m) on May 29.

Cup Night was Maschino’s first stakes winner in the 2019 Raconteur Stakes (1500m) and his other black-type strike was in last year’s Scenic Blast Stakes (1200m).  He had been spelling since finishing down the track in the G1 Kingston Town Classic (1800m) in December.

Miller races the gelding in partnership with his wife Karen and Carbery’s wife Jessica and brother Danny.  “His last prep didn’t go to plan,” Danny Carbery said.  “He doesn’t have anything to prove and is a really happy horse in himself.”

His dam Walk In Beauty (Barely A Moment) was a Bunbury winner for the Millers and she foaled another Maschino colt last September.

Maschino can consolidate his position in the WA Top 10 this Saturday.  Besides Marocchino, he will be represented by Cockney Crew (R1) and Final Chill (R7) who completed an Ascot hat-trick prior to a midfield finish in a Road To Jericho Qualifier (3100m) at Albany a fortnight ago.