And it was underneath that tree the 29 year-old Melbourne Cup winner passed away on Sunday night.

Looked after by Lauriston’s Chris and Kathie Bakker since her return from the United States in 1998, Let’s Elope had for the last decade enjoyed her third career as a nanny…loving her babies who loved her in return.

“She was always such a kind mare,” Chris Bakker said, remembering the times he had been up in the night to check on weanlings as storms brewed.  “There would be thunder and lightning but she wouldn’t bat an eyelid.  She would just stand there with the youngsters crowding around her for comfort.

“Not once did you see her bite or kick any of them, she was a mare with a sweet disposition.”

Leon Corstens, who cared for Let’s Elope during her time with Bart Cummings, knew that only too well.  “She was always a lady and a professional,” he said.  “You would have to go a long way to find a better mare.”

Both Leon and Chris name her five-length demolition of a high class field in the 1992 Australian Cup as her finest moment.  “No horse in the world could’ve beaten her on that day,” Bakker said.

“She struck a wet patch passing Chiquita Lodge,” Corstens recalled.  “I thought she was out of contention.  But she picked herself up and flew – it was an exhilarating win.”

The winner of 11 of her 26 starts, Let’s Elope campaigned successfully in the United States and was first across the line in the Group 1 Beverly D Stakes only to lose the race on protest.

But she won great international respect with that effort and was duly served by Danzig, Storm Cat and Seeking The Gold.

Let’s Elope (Nassipour) fared extremely well at stud.  All 6 of her foals to race were winners, 4 of them earning black type including Ustinov (G2 Moonee Valley Vase) and Outback Joe (G2 Adelaide Cup).

Pensioned at 21 and sound and happy right until her death, Let’s Elope was much loved by all who knew her.  “She had an amazing effect on people,” Bakker said.  “She led an incredible life.  She travelled the world and took her owners Dennis and Margaret Marks on a wonderful journey.

“She reached a fantastic age and went out on her own terms.  It has been an absolute privilege to look after her, to be associated with such an amazing horse for such a long period of time.  My kids grew up with her and she will be much missed.”

As is tradition for great horses, Let’s Elope will be buried standing up facing the morning sun. 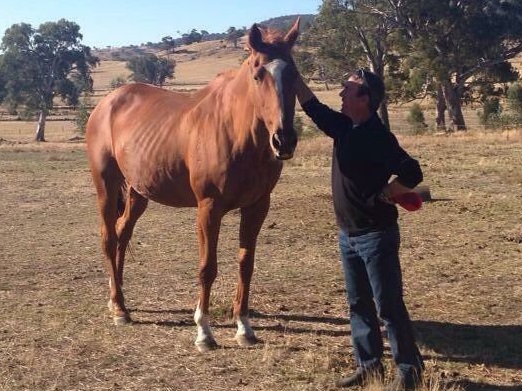