Rangeview Stud has acquired Fastnet Rock stakes winner Long Leaf to stand at its Burekup property in the south-west of WA.

A precocious 2yo colt, Long Leaf commenced his career with a winning hat-track culminating in the LR Blue Diamond Preview at Caulfield in 2018.  From that point, he competed in the very best of company with a 6th in the G1 Golden Slipper Stakes from barrier 15 and 4th in the G1 Sires’ Produce Stakes.  In both races, he was the second colt past the post in a filly-dominated season.

Trainer David Hayes kept the bar high for Long Leaf as a spring 3yo and he responded with Group placings in the Vain Stakes, Caulfield Guineas Prelude and Sandown Guineas.

Long Leaf’s dam Frustrating is a daughter of Stravinsky from the family of ‘blue-hen’ Parfore.  She is a half-sister to four individual million-dollar earners including Group 1 gallopers Tiger Tees (The Galaxy) and Terravista (Darley Classic & Lightning Stakes) plus Group 2 winner Ball Of Muscle and Singapore Champion Super Easy who is now a successful Stallion in NZ.

Long Leaf has been purchased by a group of prominent WA breeders to stand at Rangeview Stud which is owned by Rob and Jody Gray.  His introductory fee will be announced at a later date.  For more information call Rob Gray: 0409 243 461 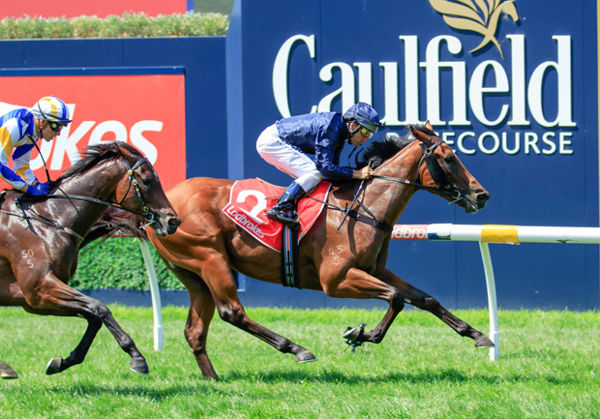