A $25,000 graduate of the 2009 NZB Karaka yearling sale, Lopov was initially trained by Danny O’Brien at Flemington before being sold to Western Australia late last year.

Lopov (5g Savabeel – Prickle by Pins) completed the Goldfields feature double for trainer Adam Durrant after Texan (Stratum) won the LR Hannans Hcp last Wednesday.  “All he needed was some extra attention and he gets that back home,” Durrant revealed.  “He thrives on bush work and we’ve been able to get the miles into his legs.”

Lopov (NZ) races for a syndicate headed by Perth Racing committeeman Peter Gangemi.  He’s an older brother to G1 Queensland Derby winner Brambles.  They have a 2yo brother with Peter Moody that made $110,000 at the Karaka yearling sale earlier this year. 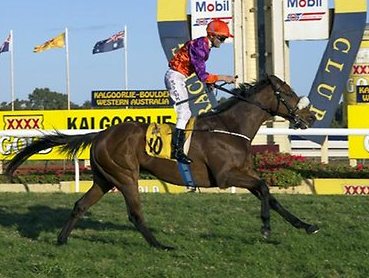