Larry Cassidy improved his strike-rate to 4 wins from his last 7 rides for trainer Chris Munce at Eagle Farm on Saturday.

He rocketed home on Skate To Paris to claim the XXXX Dry Hcp (1400m) at her third run back from a spell.  The Bradbury’s Luck mare won running away by over a length from Persuader (Zoustar) and Barachiel (Bradbury’s Luck).

Skate To Paris was coming off a last-start failure in the LR Gai Waterhouse Classic at Ipswich a fortnight ago.  “That was an uncharacteristic run,” Munce conceded.  “She’s such a genuine mare and may have got too far back although she didn’t get beaten all that far.

“The better gate and returning to Eagle Farm helped her turn it around and be competitive for Larry.  She’s just such a lovely mare and is as tough as old leather.”

Skate To Paris (6m Bradbury’s Luck – Paris Blu by Murphy’s Blu Boy) has been placed four times in stakes races and she was a good thing beaten when carted off the track in the 2019 Gai Waterhouse Classic.

The latest of 5 wins from 28 starts improved her bank balance for a large syndicate to $391,575.  Munce also trains her unraced half-sister Delyth (Spill The Beans) for the same connections.

Bradbury’s Luck (Redoute’s Choice) is based at Yarradale Stud and his unraced 3yo Free Solo looked a likely type when going to the line a hard-held trial winner at Lark Hill last Monday.

Free Solo was a $55,000 buy for trainer Stephen Miller from the Yarradale draft at the 2019 Perth Magic Millions.  His dam Creatrix (Umatilla) won a LR Belmont Guineas and her first foal Tranquility won a LR La Trice Classic.

Creatrix has a yearling filly by Bradbury’s Luck and was bred back to him last year. 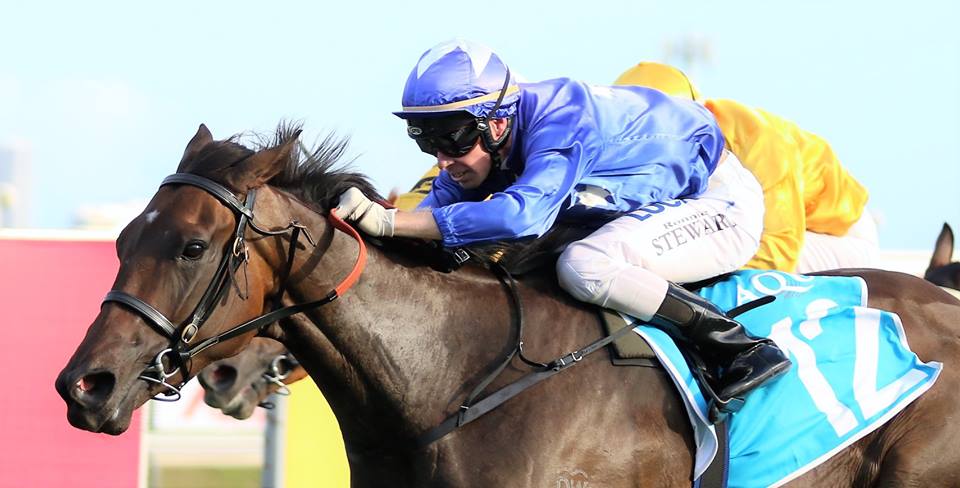