A whirlwind finish has helped Headwater tie with Spill The Beans for the Australian first-season winners premiership in 2019-20.

The Vinery freshman and the ill-fated Aquis Farm stallion were credited with 13 winners apiece when the season concluded on Friday evening.  The title had looked a one-horse race back on June 17 when Spill The Beans (12 winners) held a huge lead over Headwater (6 winners).

Spill The Beans could only counter that fast-lane finish with a lone winner and the momentum will continue when Headwater colts Hydro Star and Wisdom Of Water return for the Melbourne spring carnival.

Hydro Star will step straight up to black-type company in the Vain Stakes Gr.3 at Caulfield on August 15 following an awesome debut at Sandown last month.  “We knew he was real good after he put away Humma Humma in a gallop before he had even trialled,” trainer John McArdle said.  “He’s still a big baby but he’s by an up-and-coming stallion from a good female family and is a quality horse.”

Wisdom Of Water won the Ken Russell Memorial Gr.3 at the Gold Coast in May and will race first-up in the Danehill Stakes Gr.2 at Flemington on September 12.  He switched stables after the winter carnival and has pleased new trainers Mick Price and Micheal Kent jnr since arriving at Caulfield.

“It’s exciting to have a horse of that calibre and his goal is the Coolmore Stud Stakes Gr.1,” Kent said.  “The plan is for him to have three starts in the spring.  After the Danehill, he will run in the Blue Sapphire (Gr.3) at Caulfield before heading to Flemington.”

Vinery’s bloodstock manager Adam White confirmed Headwater has been popular with broodmare owners from the outset.  “He’s always been an easy horse for us to sell because he’s good looking, he’s got the pedigree and now they are running.  He did get a few early like Wisdom Of Water and he followed up late in the season which is a good sign.

“We’re looking forward to them training on as three year-olds and it’s great to have a young horse like him on the rise.” 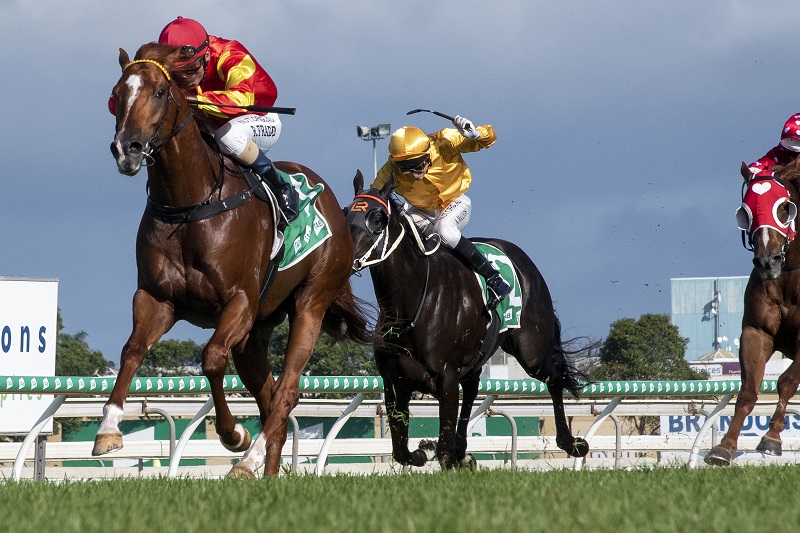