Gemma’s Son was in a different class when he created history in the RL Magic Millions WA 3YO Trophy (1200m) at Pinjarra on Saturday.

The Scenic Lodge graduate started a short-priced favourite and was bolting outside the speed in the early stages.  After being balanced by Paul Harvey at the top of the straight, he swept to the lead and won untouched by three lengths.

Gemma’s Son is the first horse to win the WA Magic Millions 2YO Classic and 3YO Trophy since the double was introduced in 2009.

“You can never be too over confident but he looked well in at the weights,” trainer David Harrison conceded.  “I was happy with how he travelled during the race and it’s a dream come true for the owners.  Some of them have been with me for 30 to 40 years!”

Harrison purchased the good-looking chestnut for $20,000 at the 2019 Perth Magic Millions and another six-figure prize on Saturday sent his earnings to $720,000.  Westspeed bonuses have supplied $185,440 as part of the bankroll.

Gemma’s Son had won his first four starts before losing that unbeaten record when fourth in the G2 Karrakatta Plate.  “He paraded like a real athlete as a yearling,” Harrison recalled.  “He has a great action and looked a natural 2yo last season.”

Snippetson got him from Princess Gemma (Dr Fong) who won at all four Sydney tracks up to 2000m.  His 2yo full-sister Snippagem finished right behind the placegetters in her first two starts at Ascot last month but faded from a forward position in the Magic Millions 2YO Classic on Saturday.

Unbeaten Snippetson filly Sniparoochy opened an odds-on favourite in the Magic Millions 2YO Classic, however, there were excuses for her below-par performance when vets reported she pulled up lame in the near-hind leg.

Snippetson has 17 yearlings entered for the Perth Magic Millions including 11 from Scenic Lodge starting with the filly from Pearlesque (Lot 41).  “She’s a typical Snippetson – strong with plenty of size with a black-type page,” general manager Jeremy Smith said.  “She’s a stunning filly and is bred to be a star being a half-sister to Friar Fox and Friaresque.”

Smith also reported Scenic Lodge remained on high-alert during the bushfires, however, strong winds kept the damage below Muchea. 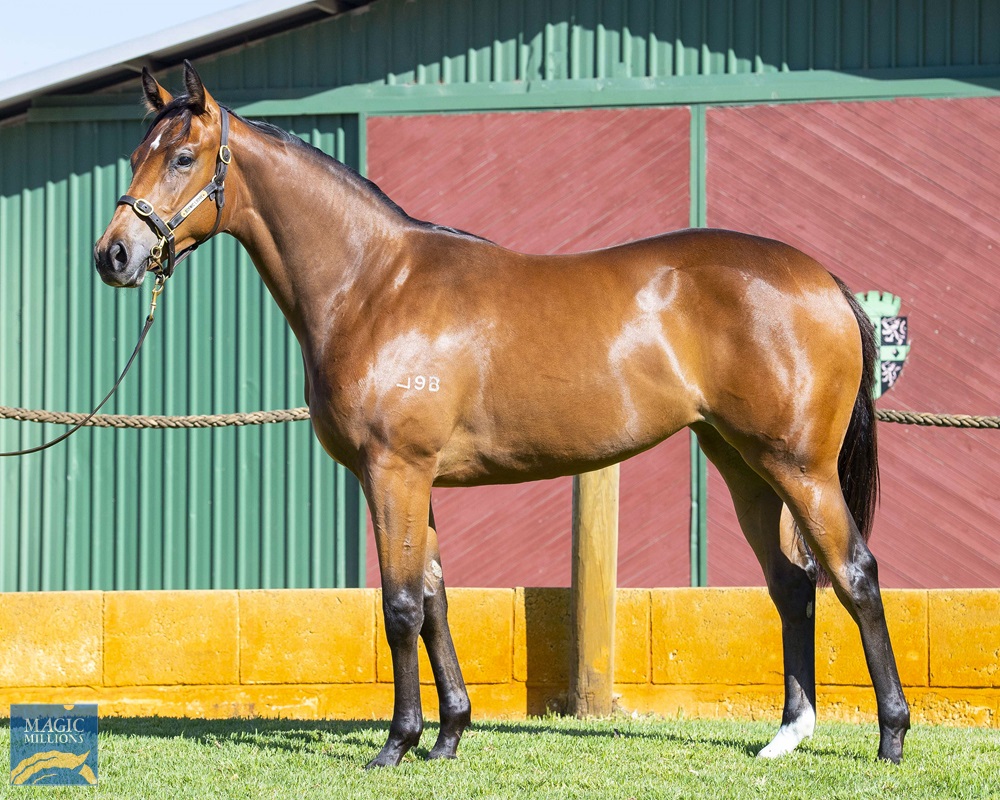