Star Turn’s flying start with his first crop was the catalyst for another successful session at the Inglis Classic Sale on Monday.

“She’s out of a 2yo stakes-placed mare and is the result of a speed-on-speed mating,” Le Metayer said.  “She is built to be a 2yo sprinter.  Her strength, athleticism and attitude gave her many admirers and I’m delighted to secure her for a partnership including Yes Bloodstock and Robrick Lodge.”

It was the start of a big week for Yes Bloodstock partner Brae Sokolski who shares in the ownership of Group 1 winning mare Verry Elleegant (NZ).  Her autumn campaign commences in the Apollo Stakes Gr.2 at Randwick this Saturday.

Robrick Lodge owner Greg White is also looking forward to getting the filly up and running early next season.  He bought a Star Turn – Capable Mahira filly at last year’s Inglis Easter Sale and she has been named Lady Lay.

“She is a big, beautiful filly,” White revealed.  “She’s been in and out a few times with Allan Denham and is going through a growth spurt at present.”

Another first-crop filly by Star Turn showing potential is the Gary Nickson-trained Doola Teela who was an eye-catching fourth in the Lonhro Plate LR at Randwick on Saturday.  Her dam is a Lonhro-winning half-sister to Boom ‘N’ Zoom (Cranbourne Cup LR). 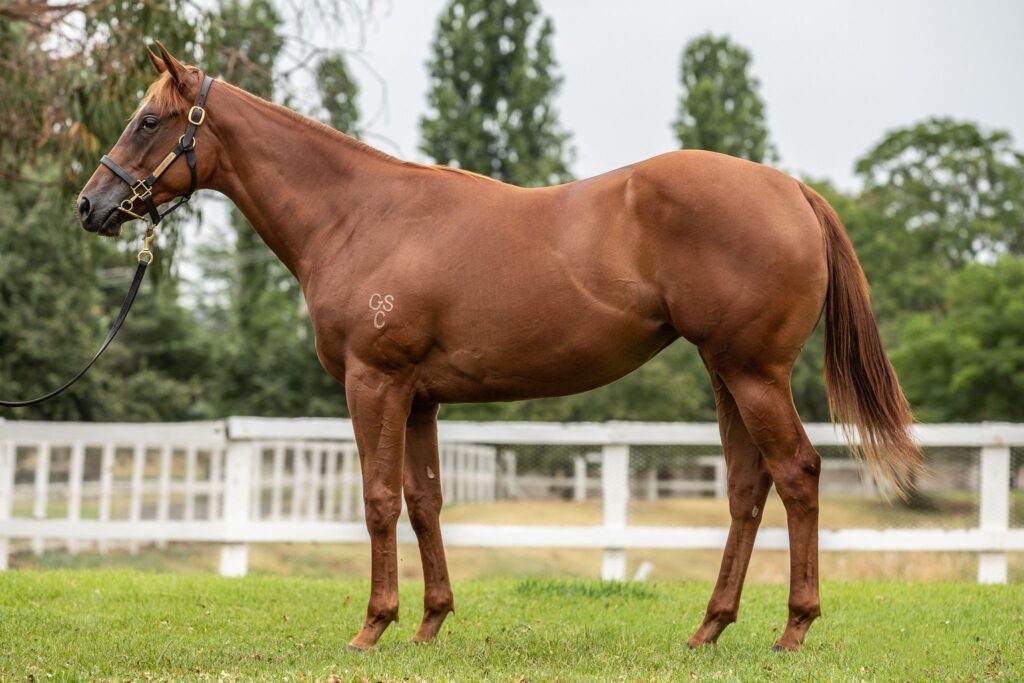