After the dust settled on a record-breaking victory at the Gold Coast, trainer Toby Edmonds has decided to dodge the G1 Golden Rose and set his exciting sprinter Whypeeo for the Magic Millions.

“He really likes to get out and go,” Edmonds said. “I think he’s a very good horse, but he just may be too brilliant for the Golden Rose. He needs to relax a bit because they can get a bit fried in the head if they keep doing too much early in their races.”

Edmonds will focus on qualifying Whypeeo for the Magic Millions carnival in January and jockey Jeff Lloyd agreed with that long-term plan. “He wanted to over-race today,” Lloyd said. “But I think he’s going to be a very nice horse once he learns to settle.”

Whypeeo (3g I Am Invincible – Sunset Boulevard by Fasliyev) is a half-brother to four winners led by Meliora (G2 Angus Armanasco Stakes). Their dam’s latest yearling – a Dundeel colt – was purchased for $250,000 by Astute Bloodstock (FBAA) at the 2017 Karaka Premier Sale.

Whypeeo was the star of a successful afternoon for members of Federation of Bloodstock Agents Australia on Saturday.

Special Missile (Smart Missile) won his fifth race in a row in the Lindt Hcp (1500m) at Rosehill. He was a $180,000 buy for Bill Mitchell (FBAA) at the 2015 Gold Coast Magic Millions and has already earned more than that price-tag after just 10 starts for trainer John Thompson.

“He’s a gutsy bugger that gives his all every time he goes around,” Thompson said. “You can’t install that in a horse and it will take him a long way.”

Epic Grey (Wicked Style) is the latest city winner for Boomer Bloodstock (FBAA) and Perth trainer Lindsey Smith after a narrow victory in the Myattsfield Vineyards Plate (1200m) at Belmont on Saturday.

If he can stretch out to mile, Smith will set Epic Grey for the G2 WA Guineas on November 18. Boomer Bloodstock’s Craig Rounsefell purchased the grey for $67,500 at the 2016 Gold Coast March Magic Millions.

Smith is also preparing Boomer Bloodstock graduate Scales Of Justice for the G1 Cox Plate in October. The Not A Single Doubt gelding won the G1 Railway Stakes last year and is close to a debut in Melbourne after a recent transfer to Warrnambool. 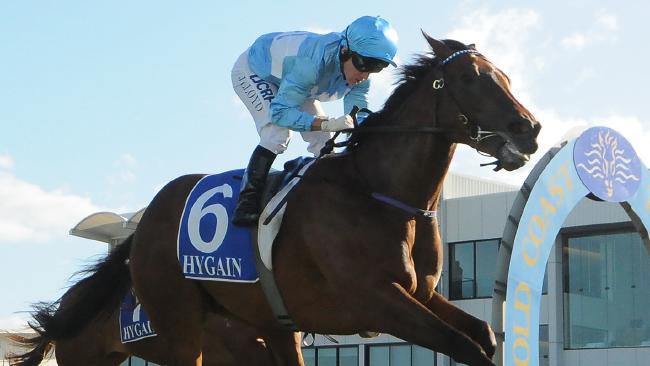