Redoute’s Choice 5yo stallion Raphael’s Cat has been retired to stud at Oxley Island in NSW.

Trained by Gai Waterhouse, he won on debut as a 2yo at Rosehill and also saluted first-up as a 3yo at Canterbury.  Sent to Melbourne for the 2015 spring carnival, he was runner-up to Kinglike in the G2 Danehill Stakes at Flemington before a finishing a length away from Keen Array when fourth in the LR Blue Sapphire Stakes at Caulfield.

Injuries curtailed his career to just one more start at Rosehill last November when he led before fading in a sprint won by Nieta.

Oxley Island studmaster Stephen Fell has been on the lookout for a stallion to stand at his property in the Manning River Valley.  He pensioned Home On The Grange (Danehill) earlier this year and then sold Polarmore (More Than Ready) and Direct Charge (Charge Forward).

Raphael’s Cat was a $160,000 buy out of the Arrowfield Stud draft at the 2014 Inglis Easter yearling sale.  His USA-bred dam Cat By The Tale (Tale of the Cat) won a Group 2 at Santa Anita and was placed in a Group 1 at Hollywood Park before arriving here in August 2010.

Cat By The Tale also foaled Tale Of Choice (Redoute’s Choice) and she won a Warwick Farm juvenile prior to a Group 2 placing in the 2016 Sweet Embrace Stakes for Vinery Stud and Gerald Ryan. 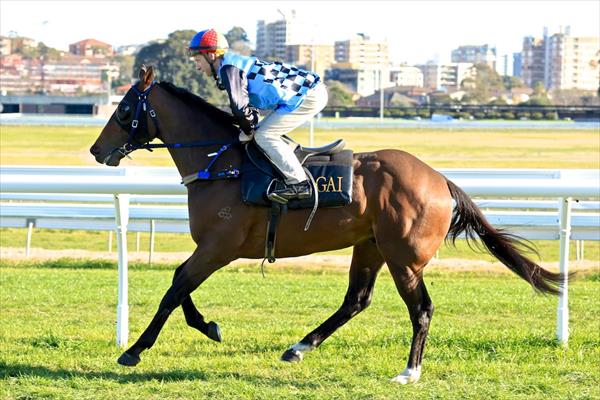