Americana Magic didn’t fire during his first trip to Queensland in March 2020 but the All American gelding is all the better for the experience a second time around.

Gosford trainer Grant Allard sent him north for a first-up third at Eagle Farm on July 17 before backing up to win the BRC Membership Hcp (1200m) at Doomben on Wednesday.

Americana Magic was one of several horses to miss the kick in what was an untidy start at Doomben.  Stewards delayed the declaration of correct weight until ruling Unguarded did not gain an advantage after activating the barriers a fraction prematurely.

Starting a $2.20 favourite, he recovered and settled perfectly for Andrew Mallyon before angling wide into the straight to score by a half-length.  “He can run very fast sectionals then find off that,” Allard said.  “He wins his races between the 500m and 200m but he doesn’t like being crowded.  That’s the key.

“There’s still room for improvement.  You want them forward enough to do the job but not screwed down.”

Americana Magic has won 6 races and earned prizemoney of $254,840 for Allard and a syndicate managed by leading stable client Stephen Van Eyk.  All American sired him from Van Eyk’s mare Jaes Jeune (Jeune) who is a three-quarter sister to 2003 G1 Kingston Town Classic winner True Steel.

The Brisbane result was one of several winning updates for Geisel Park this week.

Pastry (Gingerbread Man) posted her fifth Kalgoorlie victory in the Centurion Hcp (1100m) for trainer Peter Fernie and owner-breeder Andrew Inglis on Sunday.  Her dam Danterina (Dante’s Fury) has also foaled three-time Ascot winner Our Danni (All American) and her new-season 2yo is a Vert De Grece (Ire) colt named Playthatfunkymusic.  Inglis has another All American filly from Danterina that was foaled last October.

Former WA sire Verglas was in the news as the damsire of Goodwood Group 1 heroine Lady Bowthorpe (Nathanial).  She won the Nassau Stakes (2000m) on Thursday and is seen in some quarters as a leading candidate for the G1 MVRC Cox Plate (2040m) in October. 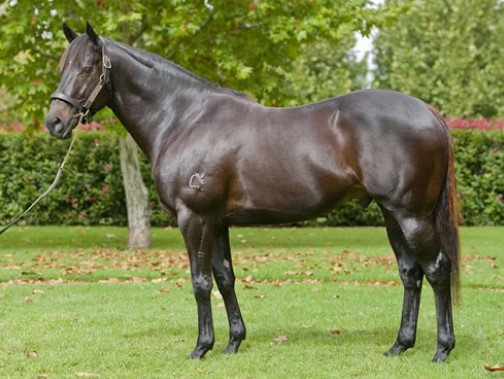