Magic Dance has put the finishing touches on a week of headlines for More Than Ready in the Debutante Stakes LR at Churchill Downs.

She became the 194th individual stakes winner by More Than Ready on Saturday following news he will return for another southern book at Vinery Stud this year.  It also came less than an hour after More Than Ready mare Uni won the Perfect Sting Stakes LR in New York

The Churchill result on the closing day of its spring meet edged More Than Ready closer to Danzig (198) on the elite list of stakes-winning sires.  It won’t be long before he moves into fourth place behind Danehill (347), Sadler’s Wells (294) and Galileo (294).

Magic Dance (2f More Than Ready – Magical World by Distorted Humor) had blitzed a field of first starters by five lengths on debut earlier this month and remained unbeaten when stepping up to 1200m.  Starting a prohibitive favourite, she tracked the pace and then shifted into the four-path entering the lane for Ricardo Santana.

Given full bore, she cleared out to defeat California shipper Cholula Lips (Empire Way) in 1.10.26s which was more than a half-second faster than the 2yo colts in the Bashford Manner Stakes Gr.3.  “She got herself into a perfect position early on in the race,” said Santana.  “She was ready to run and it was a very nice performance.”

Magic Dance was named a TDN Rising Star following her maiden score under the Twin Spires on June 7 and that augers well for the future.  More Than Ready filly Rushing Fall was given the same accolade after winning a Belmont juvenile in September 2017 and six weeks later she crossed the continent to claim the Breeders’ Cup Juvenile Fillies Gr.1 at Del Mar. 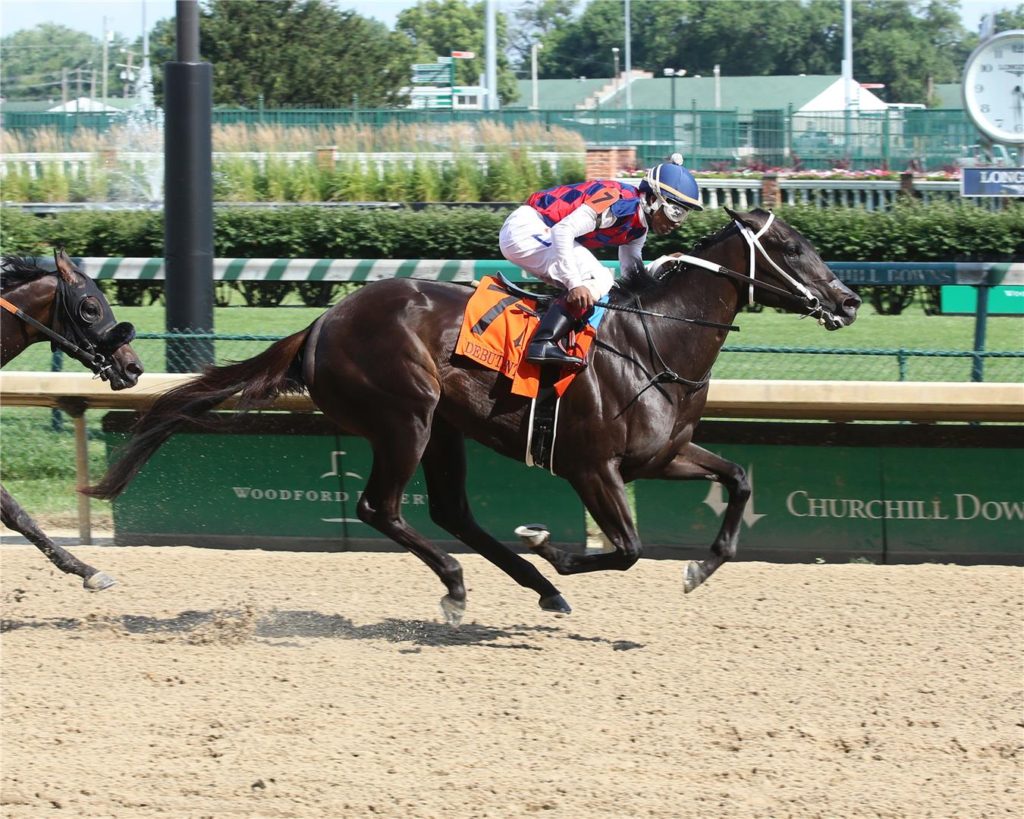